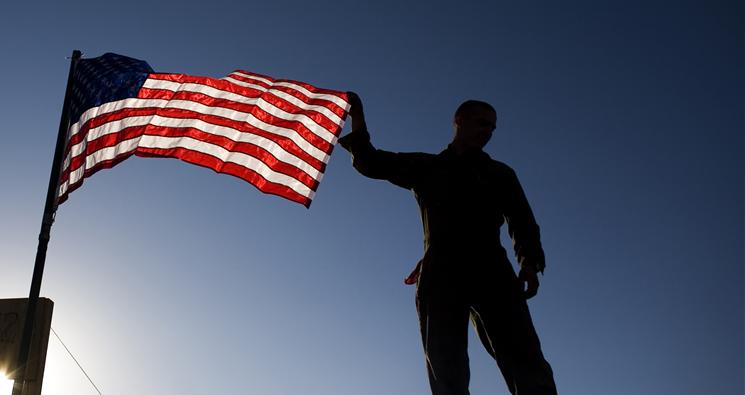 Are Military and Media Leaders Embracing an Anti-Christian Extremist?

Over at Breitbart.com, a post discussing potential Pentagon regulations prohibiting proselytization has gone viral, at last count with more than 1.2 million Facebook shares and 8,000 comments.  While I’m not aware of any immediate or pending change in Pentagon policies regarding religious liberty, I am extremely troubled that it is apparently consulting with an anti-Christian extremist, Mikey Weinstein.

Over at the Washington Post, Sally Quinn penned a rather remarkable piece — taking Weinstein’s claims about the alleged pro-Christian bias in the military at face value — while describing how “several generals and a chaplain” recently opened the Pentagon’s doors to Weinstein and his group.

In describing Weinstein, I don’t use the word “extremist” lightly.  In fact, I hate how the word is over-used — often to dismiss truly mainstream opposing views as a means of avoiding argument.  But how else can one describe a person who would make statements like this:

The dominionist Christian will say, “Nothing can constrain me from proselytizing my version of Christianity.” And these people we find have several particular malodorous stenches about them. It’s like walking into a stench in my native state of New Mexico here on a hot August afternoon and having your nostrils assaulted by the stenches of 10,000 rotting swine it’s so bad.  The first stench is viral misogyny. The fact that women should be consigned to selecting food, preparing food, cleaning up after meals, spreading their legs, getting pregnant and raising children. The next [stench] is virulent anti-Semitism. The next is virulent Islamophobia.

or this [speaking of Jerry Falwell]:

The dead guy – Jerry Falwel, and I’m sorry but I’m very glad he’s dead. [applause] I’m very sorry if anyone is upset about that.

Today, we face incredibly well-funded gangs of fundamentalist Christian monsters who terrorize their fellow Americans by forcing their weaponized and twisted version of Christianity upon their helpless subordinates in our nation’s armed forces.

I’m sorry, but these are just ravings.  And he met with generals?  And the Washington Post, CNN, ABC News and others treats him as a serious commentator on faith in the military?  Substitute “Muslim” for “Christian” in any of these comments and the brass wouldn’t let him darken the Pentagon’s doors.  Sally Quinn might write about him, but only as a Terry Jones-like threat to peace, as the fanatical equivalent of a Koran-burner.

Sadly, because he meets with generals – because the likes of the Washington Post take him seriously — he may very well exercise influence over the military’s religious policy. I have no problem with the Pentagon meeting with a wide vareity of credible voices as it formulates and refines religious policies, but this is a man who literally demands courts-martial for speech he dislikes, a man who declares that servicemembers exposed to Christian ideas are “spiritual rape victims.”

Even more troubling, this news comes hard on the heels of training slides that labeled “Evangelical Chrsitianity” and “Catholicism” as examples of “religious extremism” literally alongside al Qaeda and the Muslim Brotherhood.  An isolated example, yes, but intolerable nonetheless.

Mikey Weinstein meets with generals because the media give him power.  Blinded by their own fear, ignorance, and hate, they give voice to an extremist they would condemn in virtually any other context.  It’s pathetic and embarrassing.