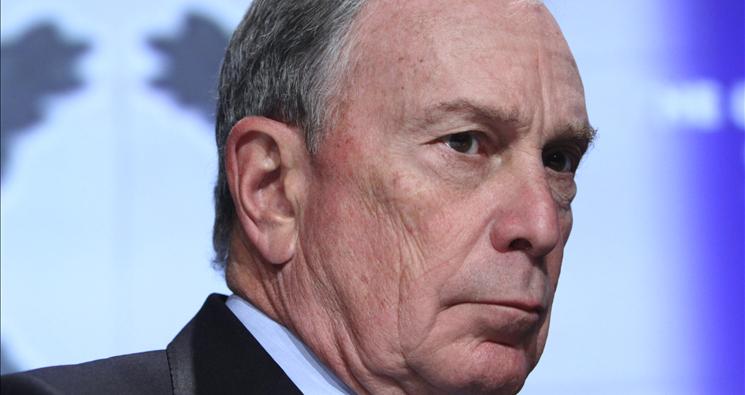 Last August, Mayor Bloomberg delivered one of the most transparently cynical speeches I’ve ever seen. Standing at Governor’s Island he framed his support for the controversial Ground Zero Mosque project as a defense of religious liberty itself. Reaching back to New York’s past, he described its rich religious heritage and then argued that the Ground Zero Mosque fit squarely within that tradition. His closing paragraph was particularly stirring:

Political controversies come and go, but our values and our traditions endure, and there is no neighborhood in this city that is off-limits to God’s love and mercy, as the religious leaders here with us can attest.

But as he delivered those words — and as the media applauded — some of us knew better. My colleagues at the American Center for Law and Justice knew the Mayor wasn’t actually seeking equal treatment for the Ground Zero Mosque but was instead actively putting undue and inappropriate influence on the New York City Landmarks Preservation Commission in favor of Imam Rauf’s project. These actions weren’t the actions of a man committed to liberty and equality but instead of a mayor with a specific agenda, an agenda that favored the controversial mosque over other forms of religious expression.

Even worse, at the same time that the mayor declared that “no neighborhood” in New York was “off-limits to God’s love and mercy,” he was enforcing a unique-in-the-nation policy that in fact declared New York City schools “off-limits” to private religious use that includes worship. My friend, the Alliance Defense Fund’s Jordan Lorence, explained the problem in yesterday’s New York Post:

By state law, the city opens its 1,200 schools on weeknights and weekends to community groups for any use “pertaining to the welfare of the community.” The public schools allow thousands of organizations — scout troops, labor unions, arts groups, etc. — to hold meetings, concerts and recitals. They’ve even allowed “Law and Order” to film in the schools.

Why single out religious groups and churches, by prohibiting them from conducting worship services in vacant schools when students are gone?

Bronx Household of Faith, a small evangelical church formed in 1971, triggered the current controversy in 1995 when it filed a lawsuit challenging the policy after being denied its request to meet in a public school. The federal district court in Manhattan issued an injunction in 2002 that stopped the city from enforcing the policy.

Unfortunately, the Second Circuit ruled that the city had the power to enforce its “no worship” rule. Empowered by the Court, the Department of Education has given churches until

February 12 to vacate the premises. Everyone else, of course, can stay.

Words should have meaning. Does Mayor Bloomberg really believe that no city neighborhood is off-limits to God’s love and mercy? Or was he reserving his reverential words for a specific project, scoring political points for his secular left base? The principles of religious liberty are simple, requiring — at a minimum — access (to encourage expression) and equality (to avoid the heavy hand of state favoritism).

Mayor Bloomberg faces a test. Will he live up the principles of his much-acclaimed speech and reverse the Department of Education’s unique and punitive policy? Or will he stay on his present course and use sweeping rhetoric to provide cover for exclusion and favoritism?

This article is crossposted on National Review Online.