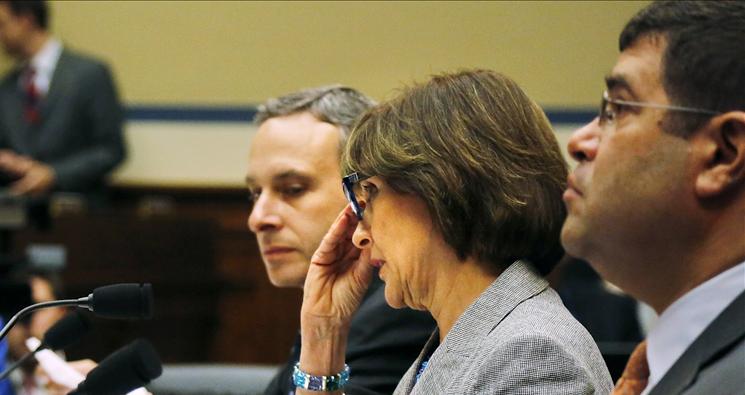 It may be the most incriminating evidence yet.

Last week, while the world’s eyes were fixed upon the Obama administration’s fumbled response to the Syria crisis, new documents emerged in the allegedly “phony” IRS scandal.

These documents – emails from Lois Lerner, then Director of Exempt Organizations at the IRS – were short, but highly damaging to the IRS’s persistent (and pernicious) spin.

The first email, a February 1, 2011, message to – among others – Obama donor and fellow IRS executive Holly Paz, proclaims: “Tea Party matter very dangerous. This could be the vehicle to go to court on the issue over whether Citizen’s United overturning the ban on corporate spending applies to tax exempt rules . . . Cincy should probably NOT have these cases – Holly please see what they have please [sic].”

The next key email, sent on July 10, 2012 (just as the 2012 election season was truly heating up) came in response to an article forwarded to Lerner....

This article is crossposted at Fox News.