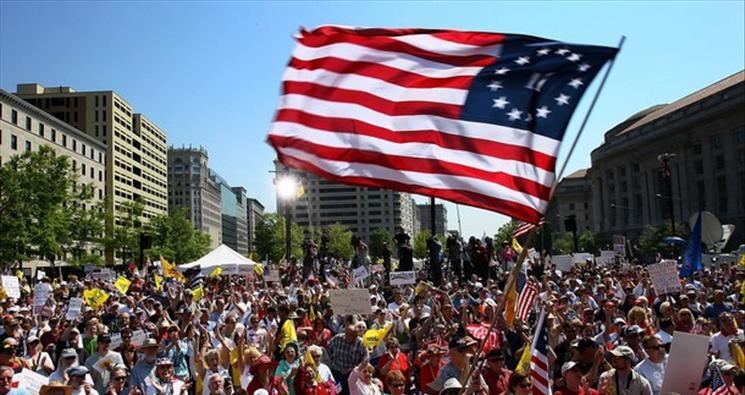 Last Spring, dozens of Tea Party groups reported the IRS was not only holding up applications for tax-exempt status, it was also asking a series of intrusive questions that clearly violated the groups’ right of free association.  At the ACLJ, we ultimately represented 27 Tea Parties from 17 states and began the painstaking process of resisting, group by group, the IRS’s demands.  To date, 14 of our clients have been approved, eight are pending, and none have been denied.

The IRS denied targeting the Tea Parties, and some on the Left ridiculed the Tea Party’s claims, passing off the IRS inquiries as “standard” and “much ado about nothing.”  Today, however, the Associated Press reported the IRS now admits targeting conservative groups and is very, very sorry:

The Internal Revenue Service is apologizing for inappropriately flagging conservative political groups for additional reviews during the 2012 election to see if they were violating their tax-exempt status.

Lois Lerner, who heads the IRS unit that oversees tax-exempt groups, said organizations that included the words "tea party" or "patriot" in their applications for tax-exempt status were singled out for additional reviews.

Lerner said the practice, initiated by low-level workers in Cincinnati, was wrong and she apologized while speaking at a conference in Washington.

Mark this day well: The Obama Administration’s IRS just admitted targeting conservative organizations in the months before a presidential election.

And to think, through Obamacare we dramatically expanded IRS power.  A chilling thought.