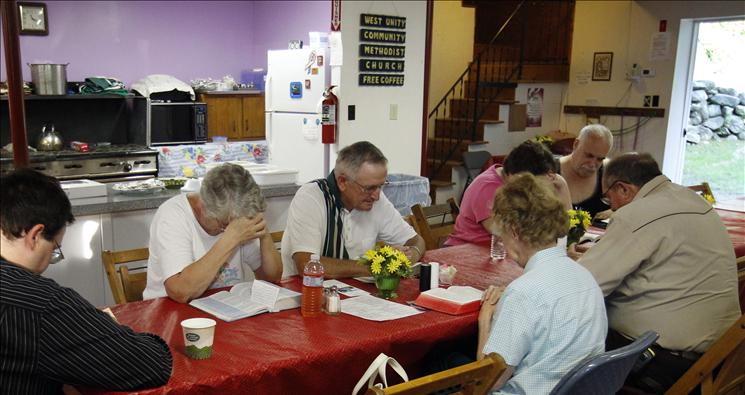 County Backtracks, Decides Not to Violate Right of Assembly with Proposal that Could Cripple Home Bible Studies

Today, in a victory for the Constitution and common sense, a proposal to limit the number of people you are allowed to have in the privacy of your own home was shelved by local officials.

The blatantly unconstitutional proposal would have violated the right of assembly and threatened to shut down home Bible studies in Fairfax County.

Citizens of the Virginia county spoke out overwhelmingly in opposition to this draconian proposal.

Supervisor Pat Herrity, the member of the Fairfax County Board of Supervisors who first raised the alarm about this proposal, tweeted the victory after today’s committee meeting:

Board of Supervisors at committee meeting decide to not pursue the group assembly proposal!

This is a clear sign that county officials got the message loud and clear: You cannot attack free speech, the right to assembly, and religious liberty and get away with it.

The Constitution won the day in this instance, but only because people were willing to speak out.

Recently I joined fellow Fairfax County residents at a public comment meeting, explaining to county officials how this proposal posed a fundamental and flagrant violation of the Constitution and smacked of the worst type of government overreach.

The staff-initiated zoning amendment would have limited what it considered large gatherings (more than 49 people) to three times in any 40-day period.  County staff claimed that the need was to address parking and noise issues, but acknowledged that there were noise and parking ordinances already on the books.  The real reason for the proposal, they admitted, was just because there was no limit on the number of people one could have in the privacy of his or her own home.  In other words, the locality found an unregulated activity and had to take action to regulate it.

Aside from limiting birthday parties, family dinners, and other social gatherings in homes, the proposed ordinance would have had a devastating effect on home Bible studies.

Some residents feared the latter was the true impetus for the proposal.  One writing in a local op-ed stated that “Prior to the meeting two supervisors mentioned stopping home worship services as the original motive behind the ordinance.”  In fact, Fairfax County’s own website listed “religious meetings” as one of the intended targets of the proposal.

The fact that I first learned of the proposal the same day that I was to begin hosting a Bible study in my own home made this particularly concerning to me.  The blatant targeting or religious liberty and freedom of assembly was shocking.

The targeting of religious liberty in and of itself would have doomed the ordinance under Virginia’s religious freedom statues.  Moreover, the Supreme Court has been clear that the Constitution forbids a locality “to make criminal the exercise of the right of assembly simply because its exercise may be ‘annoying' to some people.”

Thankfully, this proposal was dead on arrival, and hopefully it will stand as a dam to stem the tide of any similar proposals across the country.

As Supervisor Herrity told me after today’s meeting, “I am happy that the Board officially decided not to pursue the proposal to limit people's right to assemble. This was a clear overreach, and I am glad it will go no further.”

He’s exactly right, and it’s why when these issues arise it is so crucial that individuals exercise their Constitutional right to “petition the Government for a redress of grievances” and speak out.

At the ACLJ, we’ll continue to do just that.