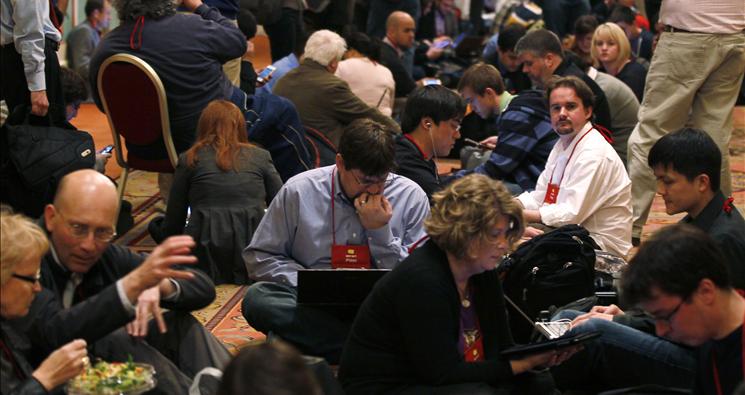 Free speech is under attack. Conservative writers are now facing threats against themselves, their families, and their livelihoods merely because they've aggressively investigated the history and funding of radical liberals.

Ali Akbar is president of the National Bloggers Club, a coalition of 300 conservative bloggers who reach millions of readers, has been targeted by these vicious attacks on himself and, even worse, his family.

Akbar has seen his mother's home photographed and placed on the internet. He has also received formal notification that he may soon be sued for publishing truthful information about radical liberals and their wealthy donors.

The ACLJ will be providing legal representation to Akbar and his organization of conservative bloggers who are facing threats and intimidation tactics by those opposed to their viewpoint. We will aggressively defend their constitutionally-protected free speech rights from these unwarranted attacks.

As Akbar told the ACLJ, "I'm grateful for the support of the ACLJ, and I'm confident we'll defeat any and all legal challenges to our fundamental right to free speech. We will not be deterred in our quest for the truth."

SWAT-ing and other intimidation tactics to silence conservative viewpoints are quickly becoming a favorite tool of the radical left.

Senator Saxby Chambliss (R-GA) has recognized this growing problem and is calling on Attorney General Eric Holder to investigate the SWAT-ting cases to see if federal laws have been violated. In a letter to the Attorney General, Sen. Chambliss wrote:

Any potentially criminal action that incites fear, seeks to silence a dissenting opinion, and collaterally wastes the resources of law enforcement should be given close scrutiny at all levels. . . . Regardless of any potential political differences that may exist, threats and intimidation have no place in our national political discourse.

The ACLJ has a long history of successfully defending free speech, and we look forward to defeating this latest attempt to threaten and intimidate conservatives into silence.