Is the Bible Harmful to Children? | American Center for Law and Justice
Search  |  Logout  |  Login  |  Register 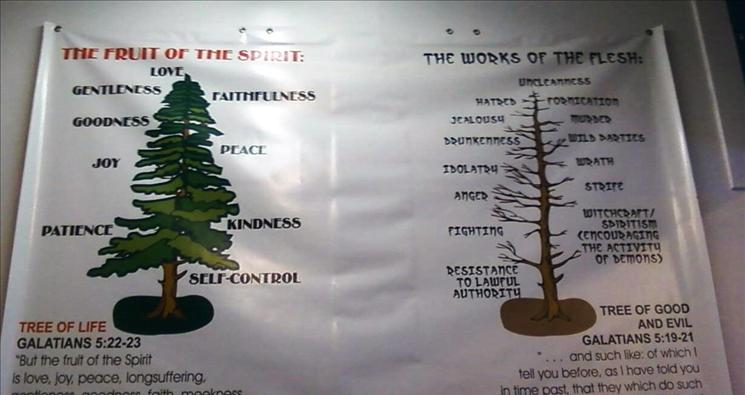 Is the Bible Harmful to Children?

Is the Bible Harmful to Children?

Are Bible verses and biblical truth harmful to children? Should the state protect even Christian kids and parents from the Word of God? Until the ACLJ stepped in, it appeared that the state of Washington was well on its way to censoring the Christianity right out of a Christian day care center.

Promise Community Center, a Christian, nonprofit day care, called the ACLJ for assistance in late February. Its State Daycare Licensor had demanded that Promise remove a poster depicting the "Tree of Good and Evil" which was displayed on a classroom wall at Promise's facility alongside the "Tree of Life." The licensor also took issue with a Bible verse from the book of Proverbs written on a wall in the Center's chapel. Specifically, the licensor stated that the verse and poster were "too negative" and may "intimidate" or "frighten" children; essentially, she stated, she "didn't like the wording." A picture of the poster is above.

The licensor further asserted that the Center's religious speech violated the state's childcare licensing requirements. It is worth mentioning that Promise had displayed the poster at its facilities for roughly six years. This licensor had overseen the approval of Promise's daycare license during the entirety of that time and never before had she raised any concerns.

Simply put, the state of Washington doesn't have the authority to decide that bibilical truth is bad for children. The ACLJ took swift action on Promise's behalf. After Promise requested a supervisory review of the licensor's decision, the ACLJ sent a letter to the Washington State Department of Early Learning explaining that the government's attempt to censor the Center's private religious speech was in direct violation of the First Amendment and requesting that the Department cease its unconstitutional demands. We explained that the decision of a private organization to include religious messages or pictures in its governing documents or on the grounds of its facilities is just that - private. As such, the government's attempt here to silence the religious speech which occurs at Promise's facilities was, frankly, perplexing. Moreover, it was a gross and improper overextension of the state's authority over the Center.

Soon after the ACLJ received notice from the Washington State Attorney General's Office that our letter had been received and reviewed, Promise received a letter from the Department of Early Learning stating, "This [supervisory] review has been concluded and a decision has been made: The licensor's decision has been overturned . . . ."

This outcome represents a great result for Promise Community Center and other private organizations in the battle to protect private religious speech from government censorship. We applaud the Washington State Department of Early Learning for quickly reversing the licensor's initial determination and fervently hope that this case represents an isolated incident and not an emerging trend.

This post was co-authored by ACLJ Associate Counsel Michelle Terry.