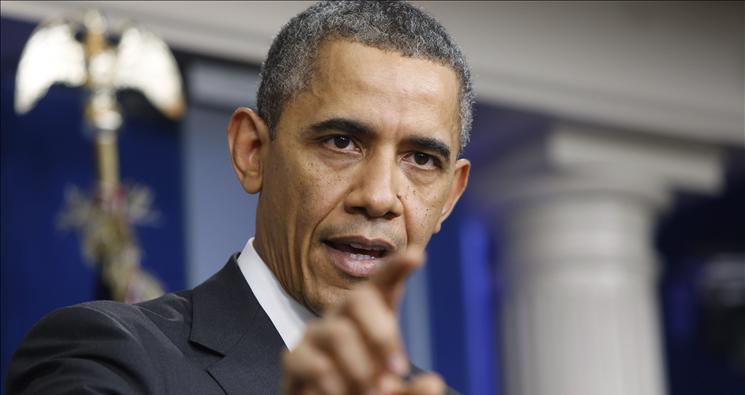 The selection of a political supporter of President Obama to head-up the Justice Department’s criminal investigation of the IRS targeting scheme is "troubling" and "creates a serious conflict of interest."

A report reveals that the DOJ appointee to oversee the criminal probe financially supported President Obama in his two campaigns as well as the Democratic Party.

“This is a troubling development that raises serious questions about the integrity of the investigation by the Justice Department,” said Jay Sekulow, Chief Counsel of the ACLJ. “The Obama Administration has promised to get to the bottom of the IRS scandal. But appointing an avowed political supporter of President Obama to head-up the Justice Department probe is not only disturbing but puts politics right in the middle of what is supposed to be an independent investigation to determine who is responsible for the Obama Administration's unlawful targeting of conservative and tea party groups because of their political beliefs. This development creates a serious conflict of interest and raises more questions and doubts about the Obama Administration's promise to get to the bottom of what happened - to reveal the facts and the truth about the IRS targeting scheme.”

In October 2013, the ACLJ expanded its federal suit, filing a second amended lawsuit in federal court in Washington, D.C. – adding additional defendants – including top IRS political appointees – an additional claim – and evidence that reveals a politically-motivated attack on conservative organizations by the IRS – a secret and illegal targeting campaign – aimed at the organizations because of their political beliefs.

The ACLJ argues that President Obama – along with Congressional Democrats – created a climate of hostility toward Tea Party and conservative groups – making it impossible for the ACLJ’s clients to exercise their First Amendment freedoms. The ACLJ contends that the hostile climate set the stage for the unprecedented illegal targeting by the IRS.

The ACLJ represents 41 organizations in 22 states. Of the 41 groups, 22 organizations received tax-exempt status after lengthy delays, 12 are still pending, 5 withdrew applications because of frustration with the IRS process, and 2 had their files closed by the IRS after refusing to answer the unconstitutional requests for more information.