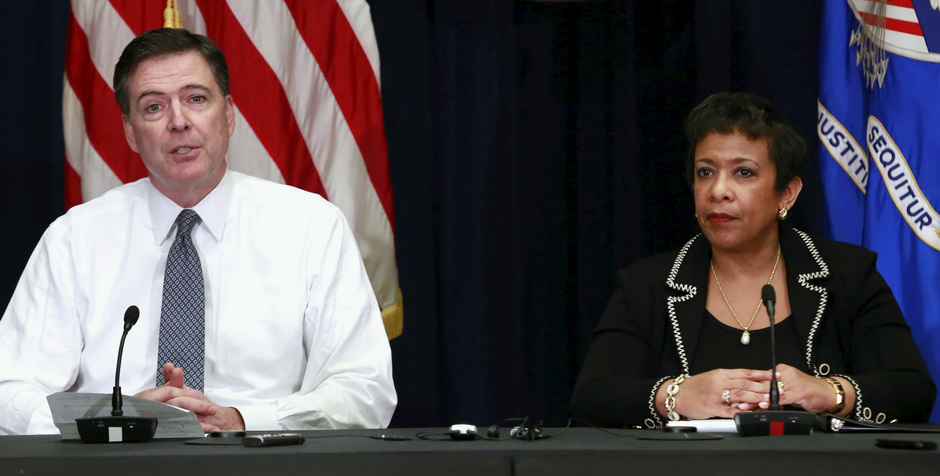 Last week in a deeply Orwellian turn, FBI Director Comey announced that the department has reopened its investigation into the use of an unauthorized private server and the rogue transmission of classified national security information by senior state department officials, including the former Secretary of State. In response to this development, which surfaced from an independent investigation into alleged misconduct by former Congressman Weiner, a spectacular firestorm has enveloped the FBI and the Justice Department.

On the other hand, it appears that proper context is missing from this spreading firestorm that tarnishes the reputation of the Obama Administration.

First, it is crystal clear from the evidence released by the FBI after the first investigation that the former Secretary of State used a private email server to transmit national security information rather than safeguard such information, as required by law, and that she subsequently made statements contrary to the facts as we continue to learn.

Second, the real villain in this play is the Justice Department’s decision to commence an investigation that was a sham at its inception. After all, it was the Justice Department, which failed to convene a grand jury, issue search warrants for computers, place witnesses under oath and appoint a special prosecutor who could operate free from conflicts of interest.

Third, senior law-enforcement officials sought to condense the FBI’s investigation into the Clinton Foundation and its possible connection with a pay-to-play scandal that implicates the State Department. This decision in essence hamstrung FBI agents’ investigatory powers, disabling field agents from pursuing fruitful lines of inquiry.

Finally, the capstone of the Justice Department’s shambolic investigation occurred when Attorney General Lynch took a deliberate decision to meet with the spouse of the target of the investigation on a plane in Phoenix on June 27, 2016.  Her conduct gave rise to the appearance of impropriety and a conflict of interest. This inappropriate meeting occurred shortly before Director Comey concluded his investigation, which determined that former Secretary Clinton had transmitted classified information on her private server and that she had not turned over all of her work-related emails despite her sworn testimony to the contrary. Concluding that former Secretary Clinton’s behavior was extremely careless, Director Comey nonetheless refused to issue a criminal referral to the Justice Department because he opted to rewrite the applicable criminal statute to require intent when only gross negligence was required by the text of the statute.

Even more disturbing, Attorney General Lynch did not recuse herself from the final decision on whether to prosecute this case nor did she give that decision to a career prosecutor at the Department of Justice, but instead prejudged the case by supposedly blindly accepting the FBI’s recommendation.

In response to the appearance of impropriety involving Attorney General Lynch and former President Clinton, the ACLJ filed a Freedom of Information Request (FOIA) on July 15, 2016 with both the Justice Department and the FBI.  The ACLJ sought “any and all records” pertaining to Attorney General Lynch’s meeting with the former President that, according to FBI field agents, was an essential element of a plan to put together an “inside deal” to sabotage the investigation. In response to our request, David M. Hardy, Section Chief of the Records Management Division of the FBI sent us a letter dated October 21, 2016, which stated that no records responsive to the ACLJ’s request were located. The Department of Justice, despite the Obama Administration’s self-proclaimed commitment to transparency and openness, has refused to respond at all.  Provoked by the Obama Department of Justice’s failure to respond, the ACLJ is preparing to file a lawsuit in order to compel compliance with the law.

This is merely the first step in restoring credibility to the Department of Justice. In addition to demanding that the DOJ comply with our FOIA request, it is time to demand that FBI Director Comey, Attorney General Lynch, and Deputy Director of the FBI Andrew McCabe recuse themselves without delay. Moreover, the American people should demand the immediate appointment of a special counsel to investigate both the email scandal and the pay-to-play allegations engulfing the Clinton Foundation. Going forward, all witnesses, including Huma Abedin, should be placed under oath, a grand jury ought to be convened, immunity deals should result in convictions rather than get out of jail free cards, and subpoenas and search warrants ought to be deployed for purposes of uncovering incriminating evidence.

In order to restore the credibility of the Justice Department—an agency whose reputations lies in tatters—the ACLJ believes that the American people deserve answers to a number of significant questions including (1) why did the former Secretary of State’s staff wipe her server clean after her emails were subpoenaed by Congress; (2) why did the Justice Department give out immunity like candy to Clinton aides, Cheryl Mills and Heather Sameulson, while also agreeing to destroy their laptops rather than issuing search warrants for relevant information; (3) why did Andrew McCabe, the deputy director of the FBI, decline to recuse himself  after his promotion to this new post in light of the fact that he had previously met with Clinton ally, Terry McAuliffe the Governor of Virginia, who subsequently contributed hundreds of thousands of dollars in financial resources to McCabe’s wife’s political campaign in 2015. Most importantly, the American people need to know why Attorney General Lynch did not recuse herself after meeting with the spouse of the target of the email investigation on the tarmac in Phoenix.

The ACLJ is leading an effort to demand answers to such questions. Our lawsuit confirms that that we will not shrink back from our duty to demand answers in order to re-establish government accountability and eliminate the Obama Administration’s Orwellian approach that specifies one system of justice for influential elites and another system of justice for the rest of us.

The unequal administration of justice must end now.