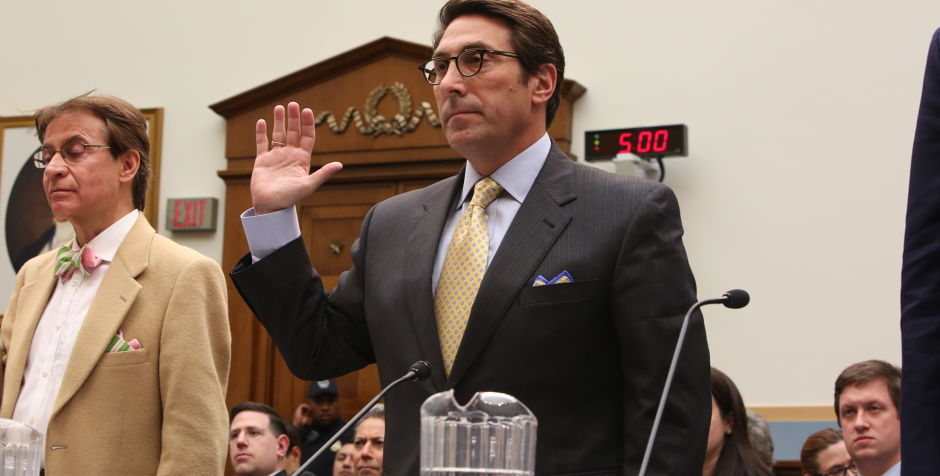 Yesterday, I was invited to testify before the House Judiciary Committee about the unconstitutionality of President Obama’s executive action on immigration.

As I told Congress, determining whether President Obama had the authority to do what he did – to grant deferred action and work permits to an entirely new class of illegal immigrants – is simple.  Were his actions constitutional?  In this case, they were not.

I began by explaining the importance of legal immigration.  I’m the grandson of a Russian immigrant.  I told the Committee of how my grandfather came to America and followed the law to legally immigrate to America.  I even was able to show them copies of his immigration papers.

As I explained, immigration law was complex for my grandfather in 1931, and it is complex today.  The Constitution, however, is not.

President Obama has said on multiple occasions, “I am President, I am not a king. I can’t [legislate] just by myself.”

Yet, after taking sweeping action on immigration unilaterally, he proudly proclaimed that he “change[d] the law.”

He had it right the first time.  Constitutional separation of powers and Supreme Court precedent make that clear.

The Supreme Court has held that “over no conceivable subject is the legislative power of Congress more complete than it is over” immigration.  Justice Frankfurter stated that “the formulation of these policies is entrusted exclusively to Congress.”

As I explained to Congress, our nation’s immigration laws are quite extensive and in need of reform through the legislative process. Differing policy preferences do not provide license to, as President Obama said, “change the law” on his own.

The reality is, impatient presidents may not violate the Constitution if they do not get their way.

You can read my complete written submission to the House Judiciary Committee here.