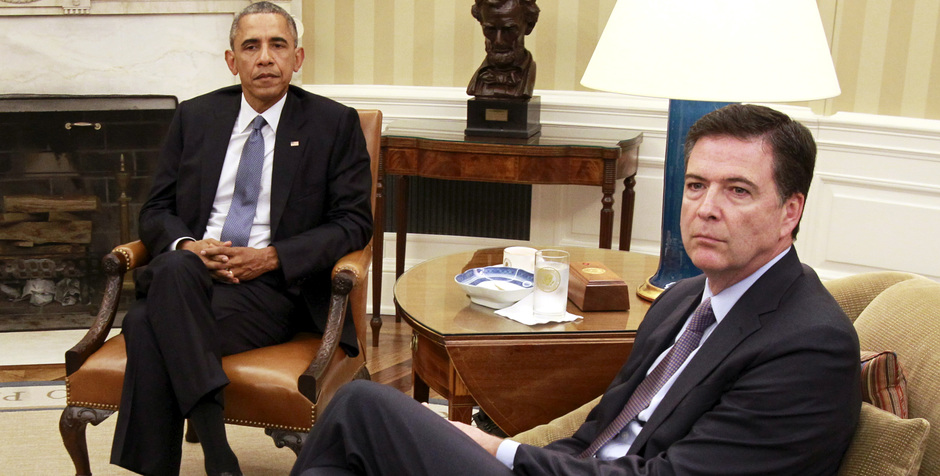 Information contained in a letter sent today from House Judiciary Committee Chairman Bob Goodlatte to Attorney General Lynch verifies that Obama Administration officials entered into a pair of “side agreements” with two of Hillary Clinton’s top former aides—Cheryl Mills and Heather Samuelson—that allowed FBI agents to destroy their laptops after searching their hard drives for evidence. Even more unbelievably, reports allege that the FBI agreed to limit the search of the laptops to no later than January 31, 2015 – making it impossible to review documents after news of the email server became public. These are astonishing developments that struggle to pass the smell test.

Indeed, 18 U.S.C. Section 1519 makes it a felony to knowingly destroy evidence with the intent to impede an investigation of any matter within the jurisdiction of any department or agency of the United States. Nevertheless, the Obama Administration’s Department of Justice decided to allow agents to destroy the laptops of two individuals who were material witnesses and who were later allowed to serve as Hillary Clinton’s personal attorneys during the FBI’s email investigation. The Department of Justice effectively prevented any subsequent review of the evidence despite the fact that such evidence could be pertinent to any follow-up criminal investigation.

If this matter were not so serious, it would constitute a world-class comedy of errors. Mrs. Clinton has for months claimed that she did not send or receive classified information on her private email account in violation of U.S. law. Every American knows this is untrue. Even the FBI director admitted that her conduct was “extremely careless.”

After Congress issued a subpoena to Mrs. Clinton to produce documents in 2015, her people sprang into action. Cheryl Mills and individuals connected to the Platte River Networks—the firm that maintained Mrs. Clinton’s server—ensured that the emails under subpoena were deleted. Consistent with this pattern, aides tried to destroy mobile devices with hammers, while other mobile devices, thumb drives, or laptops just so happened to become lost. Responding to this pattern of conduct, the Obama Administration’s Justice Department commenced a shambolic investigation and granted immunity to five of Mrs. Clinton’s top aides including Cheryl Mills and Heather Sameulson.

Taken together, this record confirms the intuition of National Review writer, Andrew McCarthy. More than eight months ago, he suggested that President Obama knew Mrs. Clinton was conducting government business over her private email account and that the email exchanges between the President and his Secretary of State over her unsecured system involved sensitive issues of policy. Recent news reports confirm that President Obama used a pseudonym in his email exchanges with his Secretary of State. This record signifies that it is highly likely that former Secretary Clinton could not be proven guilty without proving President Obama implicitly guilty as well.

This meant that the FBI investigation was never going anywhere. How else can you explain former President Clinton meeting with Attorney General Lynch on the tarmac in Phoenix just before the FBI director issued his report in July? Evidently, even had there been any evidence found, the Obama Administration never intended to do anything with it – except strike up side deals to either destroy it or ignore it.

The FBI’s active participation in the destruction of laptops owned by Cheryl Mills and Heather Samuelson and the Justice Department’s decision to prevent the FBI from examining evidence on the laptops after January 2015 compromised the integrity of the law enforcement investigations. This record confirms that the rule of law remains inapplicable to rich and influential individuals as unaccountable bureaucrats in the Obama Administration are prepared to issue favors to well-connected individuals.

Given the Justice Department’s active complicity in the destruction of evidence, its credibility lies in tatters and the reputation of the FBI lies in shambles.