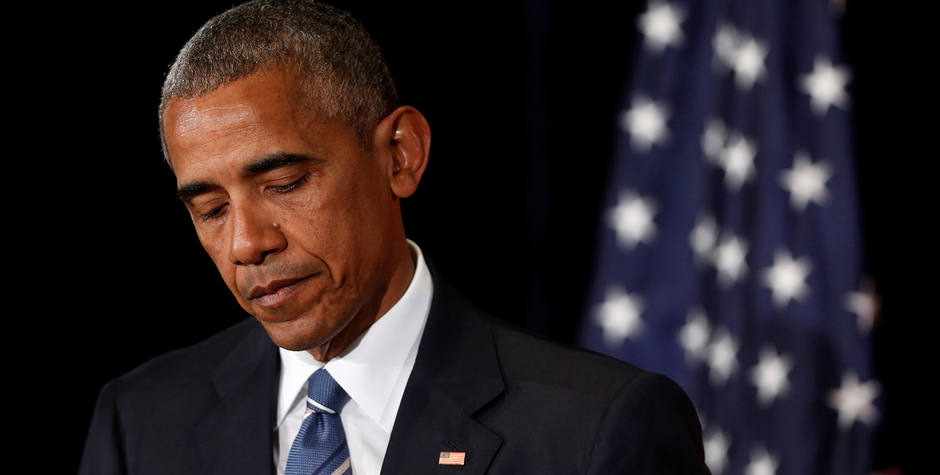 It is a stunning, disturbing and persistent pattern of incompetence, corruption, and possible obstruction of justice.

After reading and reviewing the FBI’s publicly released 11-page 302 report on its interview with former Secretary of State Hillary Clinton and the FBI’s 47-page summary of its investigation into the State Department email scandal, it’s difficult to come to any other conclusion.

These reports indicate that the Obama Administration has engaged in an alarming pattern of misbehavior despite the President’s statement that “A democracy requires accountability, and accountability requires transparency.”

Abundant evidence of incompetence and a lack of accountability by the FBI, the Department of Justice, and State Department issues forth from the handling of the investigation into private email servers and top-secret, classified information.

First, bear in mind that for months, the former Secretary of State claimed that she did not send or receive classified information on her private email account in violation of U.S. law. The FBI found that former Secretary Clinton sent or received 81 email chains that included some form of classified information ranging from “Sensitive” to “Top Secret.” Our national security was put at risk by the Obama Administration and no one has been held accountable.

Second, the FBI reports reveal that former Secretary of State Clinton did not know that information marked “C” on a document was classified. This information seems like it would be a vital part of even the most rudimentary training.

Let’s now turn to evidence of the FBI’s incompetence.

First, recall that FBI Director Comey found that Mrs. Clinton’s behavior was “extremely careless,” while also maintaining that in order to send a criminal referral to the Justice Department, the FBI had to find evidence of intent. Although intent is not required by the statute itself, it is important to note that nowhere in the FBI’s 302 report is there any mention of questions of intent.

Also recall that former Secretary of State Clinton gave sworn testimony to Congress claiming that she did not send or receive classified information on her private account and that she sent all of her work-related emails to the government. These reports indicate otherwise.

According to the report, during the FBI interview, former Secretary of State Clinton stated that she could not “recall” or could “not remember” answers to questions at least 39 times.  Moreover, as the Washington Examiner noted on September 2, 2016, and as the FBI investigation confirms, former Secretary Clinton used at least 13 mobile devices, some of which were destroyed by staffers with hammers.

Second, the FBI along with the Department of Justice accommodated Cheryl Mills’ role as both a material witness and as an attorney for the former Secretary of State. This move allowed Ms. Mills to avoid answering embarrassing questions by claiming attorney-client privilege. At The Weekly Standard, Shannen Coffin implies that this accommodation by the DOJ and the FBI is evidence of what we’ve argued all along – this seems to be a faux investigation.

Next, let’s turn to evidence of obstruction of justice.

First, it is clear that after the New York Times reported on March 2, 2015 that Mrs. Clinton had a secret email system, Ms. Mills engaged in affirmative behavior leading to the destruction of evidence. As Byron York of the Washington Examiner observes, on March 3, 2015, Trey Gowdy sent a letter to David Kendall, Hillary Clinton’s lawyer, requesting the preservation and production of all documents. On March 4, 2015 the full Benghazi Committee issued a subpoena ordering Mrs. Clinton to produce all documents in un-redacted form relating to the terrorist attack in Benghazi.

After this subpoena was issued, the former Secretary of State’s people sprang into action. Byron York observes that Ms. Mills asked Platte River Networks, the company that was handling the Clinton server, to do an inventory of what was on the servers. After receiving communications from Ms. Mills, an unidentified tech worker and the Platte River Networks, which participated in a conference call with former President Bill Clinton’s staff, decided to delete all of Mrs. Clinton’s emails.

Second, given Ms. Mills’s critical role in the activities of the Clinton Foundation and her essential role at the State Department, it is possible to infer why the deletions were so critical and why the email server was placed in former Secretary Clinton’s basement.

Remarkably enough, 8 years ago, then-Senator Hillary Clinton attacked candidate Barack Obama for being influenced by his financial backers, including his connection with Tony Rezko, a fundraiser who was imprisoned for his role in pay-to-play schemes involving former Illinois Governor Rod Blagojevich.

The news has been filled the past several weeks of tales of collusion between the Clinton Foundation and the Obama Administration’s State Department. There are many examples of problematic pay-to-play scenarios.

One such example involves a Nigerian businessman of Lebanese descent, Mr. Gilbert Chagoury, who sought and gained access to power. This occurred after he donated between $1 million and $5 million to the Clinton Foundation despite the fact that he was barred from the United States because of his known terrorist ties and despite his conviction (subsequently expunged) by a Swiss court of money laundering a decade and a half ago. Responding to Chagoury’s request for favors, Secretary Clinton’s top aide, Huma Abedin, stated that they were currently sending him options.

Yesterday, we learned from the Washington Post that former President Bill Clinton’s received a $17.6 million job as “honorary chancellor” of a for-profit college whose leaders received an invitation to attend a State Department dinner on higher-education policy. Nine months after the dinner invitation, the for-profit college company, Laureate International Universities, which has given between $1 million and $5 million to the Clinton Foundation, signed former President Bill Clinton to a deal as a consultant and “honorary chancellor,” paying him almost $18 million over 5 years.

While no direct evidence of favors has surfaced, it is clear that the Baltimore-based company had much to gain from an association with a globally connected ex-president and his connection with America’s top diplomat, former Secretary of State Hillary Clinton.

This pattern of incompetence, corruption, and obstruction of justice demands an independent investigation. As part of our Government Accountability Project, the ACLJ has already filed a Freedom of Information Act (FOIA) Request with the Obama Administration designed to expose the Gilbert Chagoury affair.

This pattern must end and it must end now.