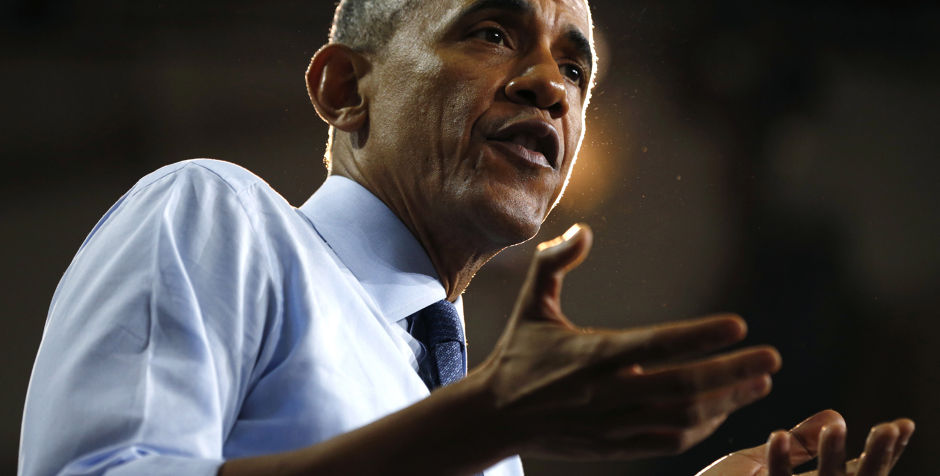 Back to Court to Defeat Lawlessness

To protect its unconstitutional Executive action, the Obama Administration has filed an emergency motion asking the U.S. Court of Appeals for the Fifth Circuit to freeze the preliminary injunction put in place by a lower court that blocked President Obama’s Executive overreach on immigration.

Today, the ACLJ asked the Fifth Circuit to accept an amicus brief – our third in this case – urging the Court to reject the Obama Administration’s demands.

This case is the latest example of a President who has repeatedly acted outside the scope of his constitutional authority. This emergency motion is a flawed attempt to circumvent the legal process and to put in a place an unconstitutional power grab that is not only unlawful but constitutes a violation of the separation of powers.

We are asking the federal appeals court to reject this latest brazen attempt at another power grab and to leave the preliminary injunction in place – keeping the illegal immigration action on hold – as this issue is litigated. We’re confident that the courts will conclude that this action by President Obama represents Executive overreach that cannot be sustained.

“As I have said all along and a federal court affirmed,” Senator Cornyn said, “President Obama exceeded his authority when he went around Congress to unilaterally change our nation’s immigration laws. But since the Administration refuses to obey the court’s ruling, we will continue to fight to reverse the President's unconstitutional overreach and respect the rule of law.”

Chairman Goodlatte, standing up for the legislative branch’s constitutional powers, stated, “President Obama’s executive overreach on immigration poses a clear and present danger to our Constitution and it’s imperative that the President’s actions continue to be blocked so that the states’ lawsuit can move forward in the courts. President Obama stated himself over 20 times that he does not have the authority to change our immigration laws, yet he went ahead and did it anyway. Such an unprecedented power grab undermines the separation of powers in the Constitution and imperils individual liberty. We must do all that we can to stop President Obama’s lawlessness.”

Agreeing with his colleagues, Congressman Smith said, “Our Constitution gives the courts a crucial check on the powers of the executive branch. This lawsuit is a necessary response to the president’s unreasonable and unprecedented actions. This isn’t about Republicans or Democrats; it’s about respecting the rule of law. I stand firmly with the Texas-led, 26-state lawsuit and the Texas federal court that has put a temporary halt to the president’s executive amnesty orders. The president acted contrary to the Constitution and must be held accountable.”

In our brief, we argue that the federal appeals court should sustain the status quo preserved by the preliminary injunction until a final decision is reached on the merits of the case.

The brief also contends that the Obama Administration has “failed to demonstrate a likelihood of success on the merits, utterly ignoring significant constitutional arguments raised below that preclude such success.”

The brief concludes: “Our constitutional system enshrines the fundamental principles of separation of powers and checks and balances in order to preserve fairness and freedom for all Americans and all communities that make up the diverse fabric of our nation. To ensure these principles are preserved, this Court should deny Appellants’ Emergency Motion to Stay the Preliminary Injunction Pending Appeal.”

We’re confident that the courts will ultimately conclude that this action by President Obama represents Executive overreach that cannot be sustained.

We are continuing to fight for you and the rule of law. In addition to representing key members of Congress in this brief, the ACLJ also represents nearly 185,000 Americans who signed on to the ACLJ’s Committee to Defend the Separation of Powers.  In December, my testimony before the House Judiciary Committee explained why the President’s action on immigration exceeded his executive authority and this is now the third amicus brief we have filed in this case in court.

We will continue to fight until the Constitution is upheld.

Join us today and sign the petition to preserve these constitutional principles fundamental to our freedoms and stop the Obama Administration’s unconstitutional executive overreach.