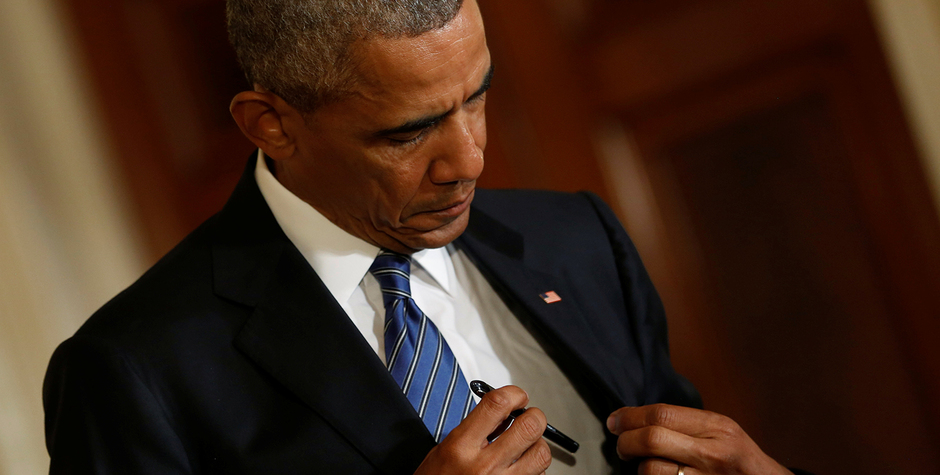 Another Victory against Obama Administration Lawlessness at the Supreme Court

Another Victory at the Supreme Court

As the Supreme Court term kicked off, the Court delivered yet another blow to President Obama’s lawless Executive overreach attempts to unilaterally rewrite our nation’s immigration laws without congressional consent.

Earlier this year the Supreme Court affirmed (by an equally divided Court following the death of Justice Antonin Scalia) the Fifth  Circuit Court of Appeals’ decision to block President Obama’s lawless immigration rewrite.  The Administration then asked the high Court to rehear the case. This morning the Supreme Court refused, effectively shutting down the Administration’s last attempt to save President Obama’s lawless Executive action.

The Supreme Court has declined to rehear a challenge to several of President Barack Obama's key executive actions on immigration, leaving undisturbed a 4-4 tie earlier this year that effectively killed the initiatives for the remainder of his presidency.

The Obama administration asked the justices to revive the case on the possibility that a new justice would be confirmed and sworn in this term, but the justices rejected that request on the first day of their new term Monday without comment or any noted dissent.

As we previously explained about this victory earlier this year,

In a major blow to President Obama’s lawless Executive overreach and an important victory for the separation of powers and the U.S. Constitution, an equally divided Supreme Court kept a federal injunction in place blocking President Obama’s Executive action that unilaterally rewrote our nation’s immigration laws.

This underscores what we have argued all along: impatient Presidents don’t get to change the law.

The one sentence per curiam order from the Supreme Court of the United States simply read, “The judgment is affirmed by an equally divided Court.”

While today’s decision doesn’t create a precedent, it is a victory in this case.

As we also explained, the Fifth Circuit Court of Appeals held

that the Obama Administration was issuing Executive directives contrary to the laws on the books in a way that is neither constitutionally nor statutorily permissible.

Today’s decision is a win.  It’s final.  The case is over and the Obama Administration’s lawless Executive rewrite of our immigration laws has been successfully defeated.  Thank you to the more than 365,000 Americans who joined us in upholding the Constitution at the Supreme Court in this case.