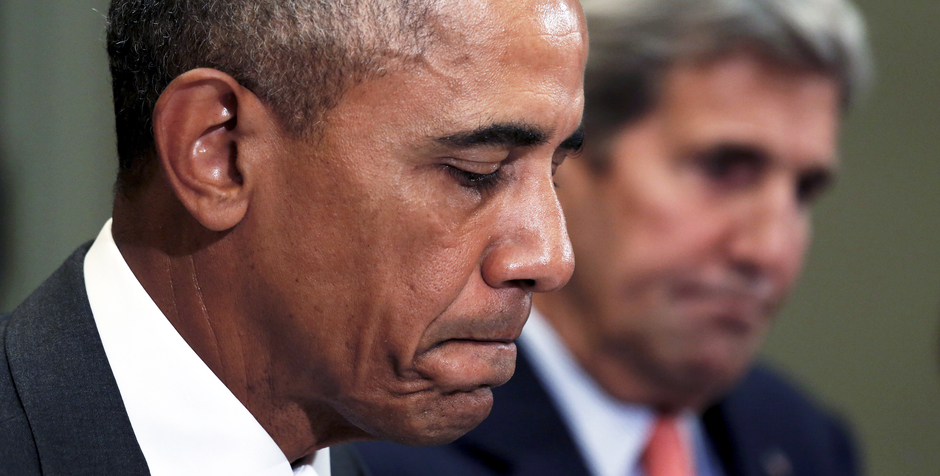 We just submitted Freedom of Information Act (FOIA) requests to the U.S. Department of State so we can get to the bottom of why the State Department deleted press briefing video footage that appeared to confirm that the Obama Administration lied about its dealings with Iran.

On Monday night, Fox News chief Washington correspondent James Rosen reported that the U.S. Department of State had deleted a portion of its official video – the portion containing the spokesperson’s acknowledgment to Rosen that the Obama Administration had lied to the American public about when it began its secret bilateral talks with Iran.

The timing is important because the Obama Administration maintained it waited until after an allegedly more moderate regime was elected in 2013 before engaging Iran. This was part of its strategy in selling the “Iran Deal” to the American people and to Congress.

At the Daily Press Briefing on December 2, 2013, Rosen asked spokesperson Jen Psaki if the talks had really begun as far back as 2011, as Deputy National Security Adviser Ben Rhodes recently admitted to the New York Times. Here is what Rosen said, referencing a prior press briefing in February 2013:

QUESTION: — about Iran. And with your indulgence, I will read it in its entirety for the purpose of the record and so you can respond to it.

“Rosen: There have been reports that intermittently, and outside of the formal P5+1 mechanisms, the Obama Administration, or members of it, have conducted direct secret bilateral talks with Iran. Is that true or false?”

“Nuland: We have made clear, as the Vice President did at Munich, that in the context of the larger P5+1 framework, we would be prepared to talk to Iran bilaterally. But with regard to the kind of thing that you’re talking about on a government-to-government level, no.”

That’s the entirety of the exchange.

Rosen followed up with a valiant attempt to get a straight answer. Finally:

QUESTION: Let me try it one last way, Jen —

QUESTION: — and I appreciate your indulgence.

QUESTION: Is it the policy of the State Department, where the preservation or the secrecy of secret negotiations is concerned, to lie in order to achieve that goal?

MS. PSAKI: James, I think there are times where diplomacy needs privacy in order to progress. This is a good example of that. . . .

As Rosen reported on Monday, the official State Department video record of that Daily Press Briefing had been altered and that portion of the Briefing deleted.

Another topic discussed in the deleted portion was the State Department’s inability to refute Iran’s success in the development of its nuclear weapons and the inefficacy of the Obama Administration’s reliance on sanctions against Iran.

The spokesperson did not refute that Iran now has “19,000 centrifuges” or “that since the Obama-Biden Administration took office, 70 percent of Iran’s centrifuges have been installed.” Instead, she acknowledged “we have not questioned the fact that Iran has made progress on enrichment and on developing a nuclear weapon.”

When viewing the video, at about the 26:56 mark, you will notice the “white flash” – a well-known and oft-used transition edit.

But according to the State Department press office director Elizabeth Trudeau:  “There was a glitch.” Not convinced? No, seriously:  “Genuinely we think it was a glitch.”

Our media team at the ACLJ has reviewed the tape. It was not a “glitch.” It was an intentionally placed edit in the video – a deletion of eight minutes of tape unflattering to the Administration’s narrative.

The ACLJ submitted its FOIA requests so that we can expose the Obama State Department’s latest stunt and hold the Administration accountable for deceiving the American people. Who authorized the edit?  Why was it edited?  Why did they lie to the American people?  Did they violate laws and regulations?

Stand with us in our work to hold the government accountable. Demand the truth about the Obama Administration’s Iran lie. Sign our Petition today.