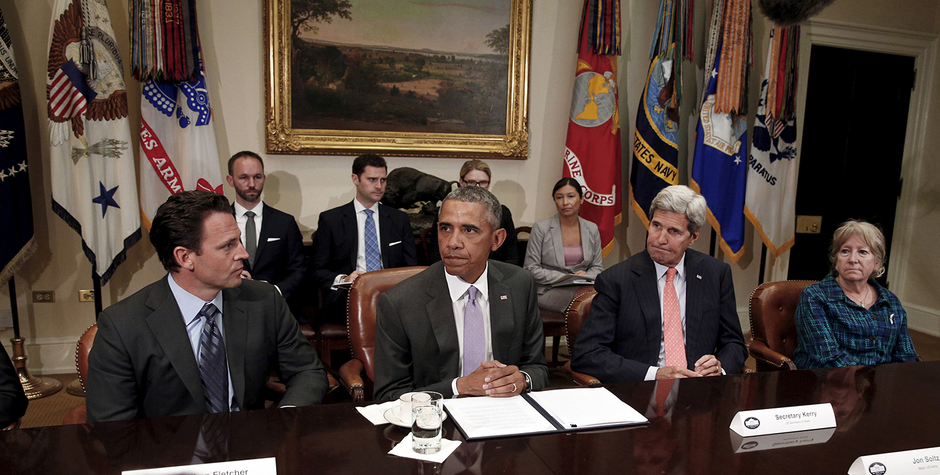 Today, the ACLJ filed a federal lawsuit against the U.S. State Department, demanding that it follow the law and provide key records shedding light on its cover-up of the Obama Administration’s Iran lie.

It started last month, when the ACLJ announced it had filed requests under the Freedom of Information Act (FOIA) to obtain government records showing who in the Obama Administration was involved in censoring an official State Department press briefing video to delete an embarrassing admission that the Administration lied about its Iran deal negotiations.

The State Department’s legal deadline to respond to our FOIA request (by advising whether it will comply, claiming a statutory exemption, or asking for more time) has come and gone, and it has failed to comply with FOIA’s clear and simple requirements. There is no excuse for thumbing its nose at the law. The requirements are unambiguous and the records we requested should not be hard to find.

Unfortunately, the ACLJ must take the State Department to court to get the answers to which we, and the American people, are entitled. To date, over 40,000 Americans have joined us in pursuit of the truth by signing our petition demanding the truth about the Obama Administration’s Iran lie.

The Obama Administration negotiated with the leading state sponsor of terrorism – Iran – long before the public knew. And when they were directly asked about it, they lied.

They lied to the American people about the most critical and controversial diplomatic negotiations in decades. In the censored video, President Obama’s State Department essentially admitted as much. The decision to scrub the video was part of an intentional cover-up. The decision to call the alteration a “glitch” was part of that cover-up. And the decision not to fully comply with our lawful FOIA request proves what we’ve suspected all along.

We demand the right to know who was involved in that cover-up. The law protects our right to know. Today, we are taking the Obama Administration to court so the American people can get to the bottom of President Obama’s Iran lie.

The ACLJ carefully crafted our requests to avoid arguable claims that the records we seek are exempted from disclosure. For example, we did not seek sensitive records of the actual Iran negotiation, which would undoubtedly be withheld under the FOIA “foreign affairs” exemption. Instead, we only requested records addressing the cover-up – the decision to delete portions of the video and the decision to call it a “glitch.” FOIA provides no exemption for cover-ups.

As we alleged in our Complaint:

Plaintiff has a statutory right to have Defendant [State Department] process Plaintiff’s FOIA request in a timely manner and in accordance with the requirements set forth in 5 U.S.C. § 552(a)(6).

Examples of the records we requested include those:

This incident is not the only time the Obama Administration has scrubbed records to conform them to fit its narrative. This spring, reports surfaced that the White House had manipulated video to delete the French president’s reference to “Islamist terror”; and just this month, the Administration censored the Orlando 911 transcript to delete Omar Mateen’s pledge of allegiance to the Islamic State and translate “Allah” to “God.”  (The ACLJ recently submitted FOIA requests to obtain records showing who was behind the decision to censor the 911 transcript and the reasons for the censorship.)

The manipulation, the hiding, has to stop. But we know it won’t. As I’ve often said, elections have consequences. So the best thing we can do is hold this Administration accountable by bringing these embarrassing facts to light. Then the American people can make better-informed decisions going forward.

Sometimes it takes filing a federal lawsuit to do that, and today that’s what we’ve done.

This Administration’s track record in courts – which have repeatedly slapped down Executive power grabs, foul play, unreasonable positions, and even bald-faced misrepresentations – is not good.

Our legal team is prepared to litigate this case in order to enforce the rule of law and shed light on this shameful cover-up. Countless hours have already been invested, but countless more will be necessary.

If you want the Obama Administration to be held accountable, join the ACLJ as we take this battle to court. Sign our petition today.