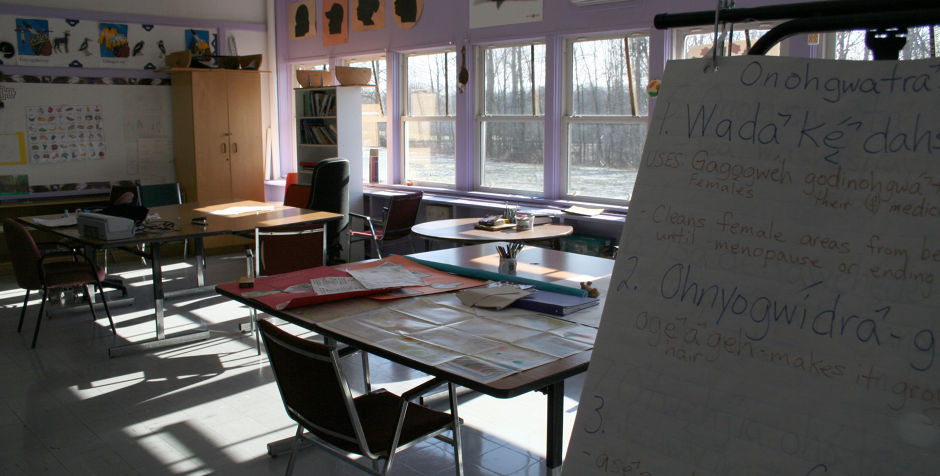 "Pretend you are Muslim."

That's an assignment being given to students in at least one public school in Madison, Wisconsin.

The public school class assignment asks students to write a 5-paragraph essay pretending they are Muslim, providing examples of daily rituals and any struggles they face.
Here is the email that was sent to at least one student: 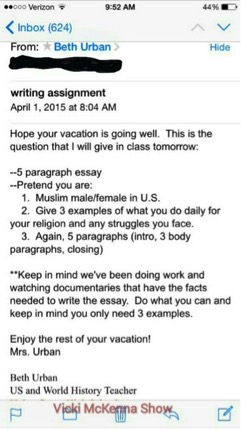 The assignment requires students to write from the “point of view” of a Muslim.  “Pretend you are Muslim.”  That’s not an assignment.  That’s Islamic indoctrination.

Even worse, the students have been forced to watch “documentaries” and do other in-class “work” to prepare them.

The district superintendent said a similar writing assignment was given on Hinduism, but not Judaism or Christianity.

This is not the first time this school district has been accused of indoctrinating students. Two years ago, students were given a class work defining conservatism as, “the political belief of preserving traditional moral values by restricting personal freedoms.”  While liberalism was defined as “the political belief of equality and personal freedom for everyone, often changing the current system to increase government protection of civil liberties.”

Schools are a place for religious liberty, freedom of speech, and academic freedom, not indotrination.

All across the country, there are reports of innocent school children being taught to pray Islamic prayers, make prayer rugs, and practice other Islamic rituals.

At the same time, Christian school children are being harassed about bringing Bibles to school and praying - which are their constitutional rights. The ACLJ continues its decades-long fight to defend Christian school children’s constitutional rights. Any restrictions limiting students’ abilities to bring their Bible to school, to read it during non-instructional time, and to pray and discuss matters of religion with other students is a violation of their First Amendment rights.

We’re preparing to send the school district an important legal letter explaining what is and is not permissible under the Constitution in our schools.

You can add your name to our letter below and stand up for the religious liberty of students all across America.