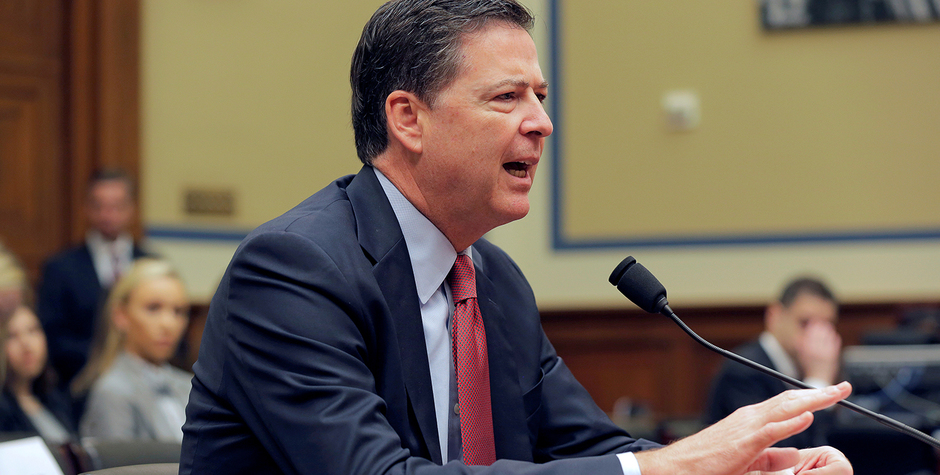 FBI Director James Comey has broken the sacred trust of the American people.

He conducted a faux investigation into the State Department email scandal. He put President Obama and Secretary of State Clinton’s political legacy ahead of the law.

President Obama’s FBI Director violated the law. He violated his oath of office. It’s corruption at the highest level.

The FBI Director’s job is to uphold the law, not break it; investigate crimes, not commit them.

Our senior litigation team is working with Congress, demanding his impeachment. We’ve already filed four federal lawsuits to hold the Obama Administration accountable for its lawlessness. Defend the Constitution from corruption. Join us in demanding President Obama’s FBI Director resign or be impeached.