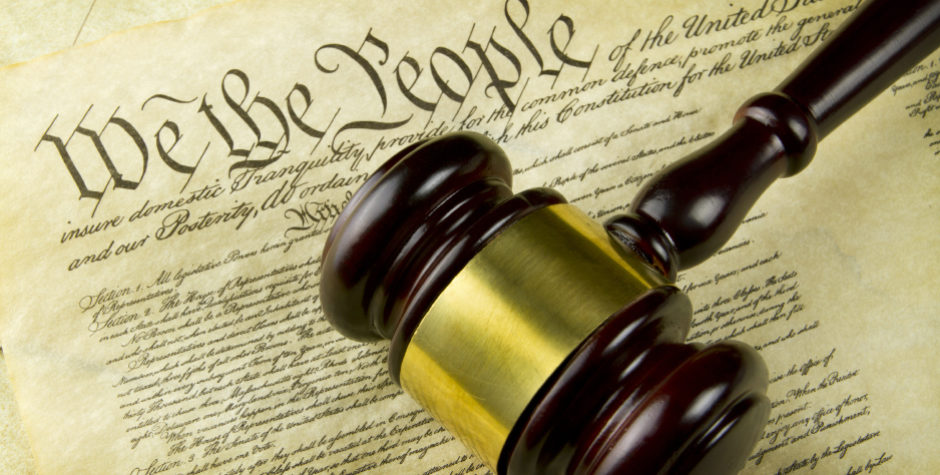 Victory: A Record Number of Conservative Judges Confirmed as Another Circuit Flips

While much of the attention in Washington, DC continues to focus on the impeachment proceedings taking place in the U.S. House Intelligence Committee, the President and the U.S. Senate continue to nominate and confirm conservative federal court judges at a record pace.

As we have often said, the judges who are confirmed to lifetime appointments on the federal courts represent one of the longest lasting legacies of any administration. To date, the U.S. Senate has confirmed 160 federal judges nominated by President Trump.

While President Trump’s two nominees to the U.S. Supreme Court, Justice Neil Gorsuch and Justice Brett Kavanaugh, are the most familiar to the American people, it might just be the progress that has been made on the U.S. Circuit Courts of Appeals that has been the most impressive.

In just under three years, the U.S. Senate has confirmed 46 of President Trump’s nominees to the federal circuit courts. Given that this is the final dispositive stage for the vast majority of cases that are tried, these judges will have a monumental impact on the legal landscape of our country for decades to come. To put this achievement in perspective, more than 25% of sitting circuit court judges were appointed by President Trump.

This tremendous record has had a significant impact across all of the circuit courts, but two circuits are particularly worth noting.

First, with this week’s confirmation of Steven Menashi (a highly qualified judge who came under attack in the U.S. Senate for his support of Israel’s right to exist as a Jewish state) to the Second Circuit, President Trump has now placed five judges onto this critical appellate court with jurisdiction over Connecticut, New York, and Vermont. This court has long been known for its record of expansive liberalism, but Judge Menashi’s confirmation means that a majority—seven of thirteen—of the court’s judges have been nominated by conservative presidents.

Next, with last week’s confirmation of Danielle Hunsaker to the notoriously-liberal Ninth Circuit (which has sweeping jurisdiction over nine West Coast states, including California), President Trump has placed a whopping eight judges onto this important court. That means that judges appointed by conservative presidents are now only outnumbered by a narrow 16-13 margin on the court. As we have already seen, this will result in far more constitutionally-minded panels being drawn, and far fewer extreme decisions being handed down.

Finally, the U.S. Senate has also confirmed 112 of President Trump’s nominees to the U.S. district courts. As the initial trial court phase for federal litigation, these judges will serve as the first stop for most Americans seeking redress in a federal court.

As we at the ACLJ regularly tell you: judges really matter. President Trump and the U.S. Senate should be commended for their continued focus on this critically important endeavor. While much of Washington, DC is focused elsewhere, the confirmation of these judges who are devoted to the U.S. Constitution will continue to reap benefits for decades to come.

Please join us in calling for the U.S. Senate to continue to prioritize the confirmation of conservative judges. You can sign our petition and make your voice heard here.