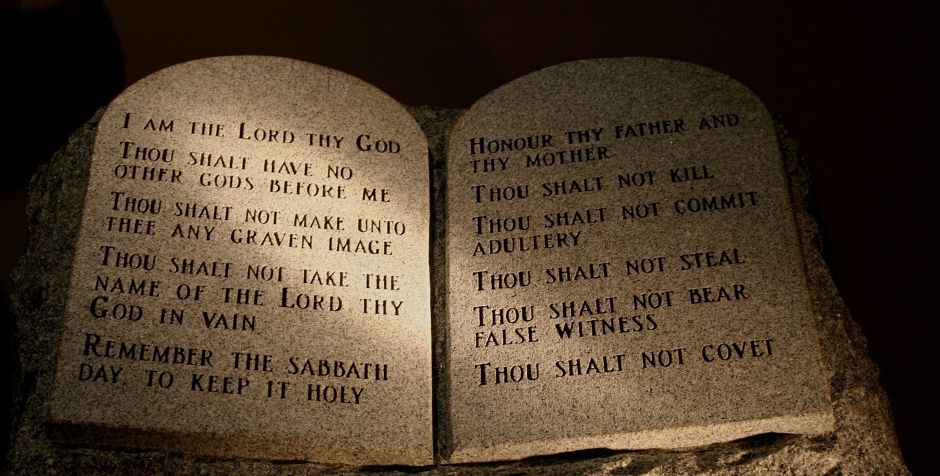 Oklahoma Supreme Court Orders Ten Commandments Torn Down – What Can be Done?

Recently, the Supreme Court of the State of Oklahoma made national headlines when it ruled that Article 2, Section 5, of the Oklahoma Constitution prohibited a Ten Commandments display on the State Capitol grounds.  The Court’s ruling in Prescott, et al. v. Oklahoma Capitol Preservation Commission, 2015 OK 54, ___ P.3d ___, filed June 30, 2015, rested on a particular (and historically controversial) amendment known as a “Blaine Amendment,” which reads:

The Court in Prescott explicitly limited its ruling to the Blaine Amendment contained in the State Constitution, and made its ruling “with no regard to federal jurisprudence” concerning the First Amendment. The Court did not apply the infamous Lemon Test, and its ruling is not controlling on any federal court or the court of any other state.

Why, then, should anyone outside of Oklahoma be concerned about the Prescott decision?  At least thirty-six other states have Blaine Amendments in place.  The Oklahoma Court’s decision could (and likely will) be used as persuasive authority to essentially circumvent the United States Supreme Court’s hard-fought First Amendment decisions.  In other words, the Oklahoma Supreme Court’s novel interpretation of the Blaine Amendment could jeopardize the display of privately donated monuments with religious text or symbols across the country even where the United States Supreme Court’s First Amendment jurisprudence has allowed such displays.

For example, in Van Orden v. Perry, issued in 2005, the Court allowed a Ten Commandments monument to remain in Texas in spite of an Establishment Clause challenge. In theory, if the Prescott Court’s interpretation of the Blaine Amendment were applied in Texas, the Texas Ten Commandment monument may yet still be at risk.

Albeit in a different context, the Court ruled in Pleasant Grove City v. Summum – argued by ACLJ Chief Counsel Jay Sekulow – that a municipal government could refuse to accept ownership of and display a monument honoring a fringe religious group while accepting other displays – including a Ten Commandments monument – without violating the Free Speech component of the First Amendment.  If a Court in Utah were persuaded to adopt the Prescott Court’s interpretation of the Blaine Amendment, the Pleasant Grove City Ten Commandments monument, in place since 1971, could come down.

Fortunately, the Utah Supreme Court has taken a common sense approach in interpreting the religion clauses of the Utah Constitution, holding that an absolutist interpretation “would evidence an affirmative hostility toward religion,” and “would produce results that almost certainly could not have been intended by the framers and that might well violate the federal constitution as it is now construed.” The Court unanimously ruled in the ACLJ’s favor in the state companion Summum case earlier this year. There is no guarantee, however, that other states’ courts will adopt a similar approach rather than following the Prescott Court’s lead.

Ten Commandment monuments are not the only monuments containing a religious component which could fall under the Prescott Court’s reach.  If the Prescott decision signals (or starts) a trend that carries over to other Blaine Amendment States, the Blaine Amendment will supplant the Lemon Test as the new “ghoul in a late night horror movie.”

Indeed, States are the laboratories of democracy.  If the people of Oklahoma disagree with the Oklahoma Supreme Court’s ruling and desire a Ten Commandments monument at their State Capitol, there is a legitimate and commonly used mechanism by which they may have their voices heard – the repeal of the Blaine Amendment by popular vote.   Leadership in Oklahoma’s House of Representatives have already promised to give the people of Oklahoma that opportunity.

Rep. Jon Echols, Vice Chairman of the Oklahoma House Judiciary Committee, will file a Resolution in the next legislative session allowing Oklahomans to decide the issue by popular vote.  Rep. Echols does not stand alone.  Rep. Randy Grau, Chairman of the House Judiciary Committee, and Rep. Tom Newell, Chairman of the House Government Oversight & Accountability Committee, have also expressed the need for a repeal of Oklahoma’s Blaine Amendment.  Even the State’s leading newspaper has now called for its repeal and has applauded Oklahoma legislators for promising to do so.

If the Oklahoma Supreme Court’s ruling in Prescott is indicative of how Blaine Amendments are now to be interpreted, legislatures in the other thirty-six States with Blaine Amendments should prepare for legal challenges to any monuments containing religious text, imagery or symbols.  Likewise, the citizens of those States, like the people of Oklahoma, should prepare to make their voices heard.

I’m thankful for the ACLJ’s willingness to assist in the drafting of a Constitutional amendment in Oklahoma, which can serve as a national model, to protect the Ten Commandments and other landmarks across America.