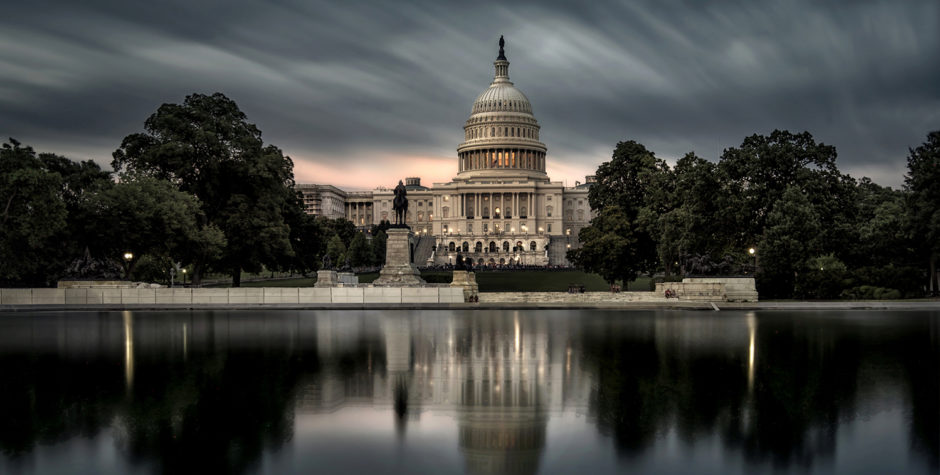 In what the White House has described as a “maximum pressure” strategy, the Trump Administration has tightened sanctions on North Korea, strengthened trade relations with South Korea, and put China on notice for its proclivity to use U.S. technology for a military or economic advantage. These actions follow on U.N. Ambassador Nikki Haley’s pledge to cease U.S. aide for countries that consistently oppose U.S. interests in international bodies.

These diplomatic and economic maneuvers have been made in an environment where both President Trump and Defense Secretary Mattis have clearly stated the United States’ willingness to use military force should it become necessary to defend American citizens or interests.

While the use of force is never the preferred option, a will to use force maximizes the likelihood of a diplomatic solution to an international crisis. Another key ingredient for diplomatic success is a full array of diplomatic staff who are committed to advancing U.S. policy. Many of these diplomatic posts are subject to confirmation by the U.S. Senate before they can assume their duties. Therefore, a lengthy delay in the Senate can have a major impact on an Administration’s foreign policy agenda.

While there are dozens and dozens of nominees waiting for a vote in the U.S. Senate, there are two nominees who must be prioritized immediately. Each of the two is immensely qualified, and each is nominated for a critical diplomatic post.

Mike Pompeo is currently the Director of the Central Intelligence Agency (CIA), and was nominated to be Secretary of State on March 13, 2018. Given the critical importance of U.S. global diplomacy in the world and the fact that Dir. Pompeo has recently been confirmed by an overwhelming and bipartisan majority in the U.S. Senate, there is no reason for delay on this nomination.

Dir. Pompeo is about as well-rounded a nominee as one will ever find. He graduated first in his class at West Point, served five years in the U.S. Army, and obtained his law degree from Harvard Law. He then founded Thayer Aerospace, which manufactures aircraft parts. He was elected to Congress in 2010 and served from 2011-2017. On November 18, 2017, President Trump announced that Pompeo was his choice to be CIA Director. The U.S. Senate confirmed Pompeo on January 23, 2017 by a bipartisan vote of 66-32.

Despite Dir. Pompeo’s sterling credentials and the clear need for a Secretary of State, the Senate Foreign Relations Committee has yet to hold a confirmation hearing to move the process forward.

Ric Grenell was nominated to be the U.S. Ambassador to Germany on September 5, 2017. We at the ACLJ know from our international work—including at the United Nations—just how important it is to have a qualified Ambassador to an allied nation as significant as Germany. The absence of such an Ambassador leaves a glaring hole on a myriad of issues. Germany played a key role in the recent P5+1 negotiations with Iran, and has a significant voice on issues ranging from assisting victims of genocide to combating terrorism.

Because of the importance of the U.S. relationship with Germany, it is imperative this Ambassadorship be filled promptly. Further, Grenell is clearly well-qualified for the post. In addition to holding a Masters degree from Harvard’s Kennedy School of Government, Grenell was the U.S. Spokesman at the United Nations under four different U.N. Ambassadors. This experience makes him uniquely suited to facilitate the U.S./Germany relationship at the United Nations.

Yet, despite the critical nature of this post and the sterling credentials of the nominee, Grenell has gone almost seven months without a vote on the floor of the U.S. Senate.

The Constitution provides the U.S. Senate with a duty to advise and consent to the President’s nominations. It is certainly within the Senate’s constitutional prerogative to reject a nominee and request another. It is not, however, appropriate for the Senate to indefinitely defy the President’s right to a full diplomatic staff.

It is true that Senate Democrats have refused to allow the prompt consideration of many of the pending nominees—including just a few days ago when Sen. Jeff Merkley (OR) blocked Grenell’s confirmation by unanimous consent.

However, none of that prevents Senate Republicans from calling the Senate to debate and vote on the confirmation of Pompeo, Grenell, and other pending nominees. There are currently 51 Republicans in the U.S. Senate, and only 50 votes in the affirmative are required for confirmation. Dir. Pompeo has already comfortably cleared that margin in bipartisan fashion, and it is widely expected that Grenell has bipartisan support, as well.

It is time for the U.S. Senate to fulfill its constitutional duties. It is time to schedule the confirmation vote for Ric Grenell, and to promptly process the nomination of Mike Pompeo.