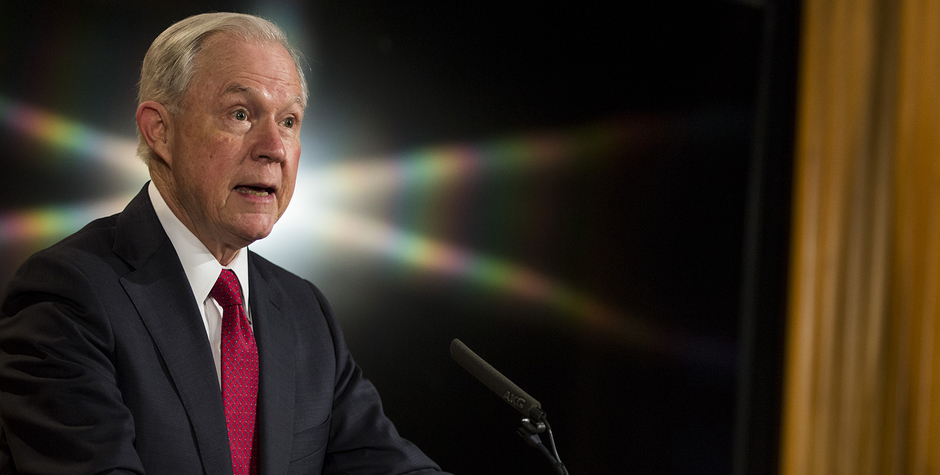 There is a ruthless, coordinated attempt by those on the Left – in Congress, in the mainstream media, and in the bureaucracy – to undermine and undercut President Trump. First it’s a leak. Then a deceptive smear. And finally an all-out assault intended to hinder and even remove from office senior Trump Administration officials.  The latest attack is no exception.

As a lawyer I deal with evidence, so let’s look at the facts. Senator Al Franken made the following statement and posed the connected question to then-Senator Jeff Sessions during his confirmation hearing on January 10, 2017:

FRANKEN: CNN just published a story alleging that the intelligence community provided documents to the president-elect last week, that included information that “Russian operatives claim to have compromising personal and financial information about Mr. Trump.” These documents also allegedly say “there was a continuing exchange of information during the campaign between Trump surrogates and intermediaries for the Russian government.” Again, I’m telling you this as it’s coming out, so, you know.

But if it’s true, it’s obviously extremely serious, and if there is any evidence that anyone affiliated with the Trump campaign communicated with the Russian government in the course of this campaign, what will you do?

SESSIONS: Senator Franken, I’m not aware of any of those activities. I have been called a surrogate at a time or two in that campaign and I did not have communications with the Russians, and I’m unable to comment on it.

A week later, on January 17th, Senator Leahy asked Senator Sessions in a written questionnaire whether he had been “in contact with anyone connected to any part of the Russian government about the 2016 election, either before or after election day?” Senator Sessions replied simply, “No.”

While the Left will continue to distort and twist these facts, the facts are very simple. Attorney General Sessions interacted with the Russian Ambassador in his capacity as a U.S. Senator.

This isn’t a headline or a scandal; this is the routine job responsibility of a U.S. Senator.

It is irrefutable that Attorney General Sessions’ answers to Senator Al Franken’s question and Senator Leahy’s question are legally accurate. Asked if the Trump campaign had coordinated with the Russian government, he answered that as a surrogate for the Trump campaign, he had not. The idea that a sitting Senator and senior member on the Senate Armed Services Committee would not have had any contact with the Russian Ambassador in furtherance of his official duties as a U.S. Senator is frankly absurd.

Senators of both parties including Senators who have attacked his integrity, have a long history of routinely meeting with numerous ambassadors, including the Russian Ambassador. Senator Claire McCaskill and at least 30 Senate Democrats have had contact with Russian officials over the past several years.

The feigned outrage from the Left is nonsense. It is a coordinated attack on the sitting Attorney General.

Attorney General Sessions is an honorable man, a true public servant, and a great American patriot. It’s time to defend him from the smug besmirching of partisan radicals.

It’s also incredibly troubling that these lies and manipulations have taken root in the shadow government initiated by Obama loyalists. The continued leak of classified information is damaging to our national security and our constitutional Republic.  It is no coincidence that the news broke today of a coordinated effort by the Obama Administration in its final hours to widely distribute classified information. It paved the way for subversive sabotage of the Trump Administration.

The hit job on Attorney General Sessions is a direct result of that deep state intrigue.

It must be exposed and it must end.

We’ve already submitted one Freedom of Information Act (FOIA) Request to the bureaucracy to expose and stop the shadow government.  We just sent a new FOIA request to both the Department of Justice (DOJ) and the FBI for any communications between those offices and Senator Al Franken or his staff. The American people deserve to know the truth about this apparent set-up.

Attorney General Sessions is a man above reproach and has determined to recuse himself from any potential investigation of the campaign.

It’s time to defend Attorney General Sessions and expose and defeat the shadow government and its operatives.