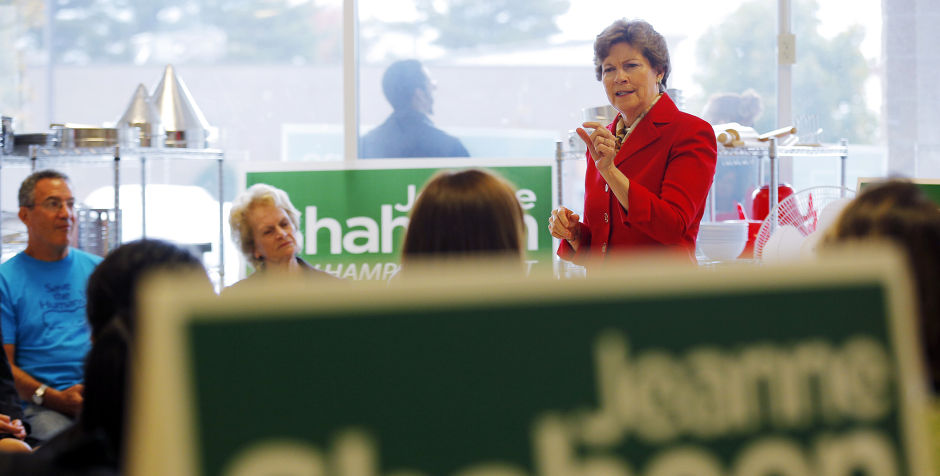 The IRS Is Hiding its Communications with a Democratic Senator

Yesterday, my colleagues and I at the ACLJ filed a new lawsuit against the IRS in federal court in New Hampshire.

The facts of the case are simple: On June 18, 2014, Citizens for a Strong New Hampshire submitted a FOIA request to the IRS for all communications between Senator Jeanne Shaheen or Representative Carol Shea-Porter and key IRS officials, including Lois Lerner. The request for IRS communications with Senator Shaheen was particularly significant. On February 16, 2012, Senator Shaheen joined a number of her Democratic colleagues demanding that the IRS investigate the alleged “political activities” of tax-exempt organizations. She followed up this demand with a second letter asking the IRS to “immediately change the administrative framework for enforcement of the tax code as it applies to groups designated as ’social welfare organizations.’”

In the weeks and months following these letters, the IRS bombarded conservative groups with extraordinary and unconstitutional demands for information, including — in some cases — demands for Internet passwords, donor lists, and information about even the activities of the family members of conservative leaders.

The IRS responded to Citizens for a Strong New Hampshire’s information request by disregarding the law. It declared it could not meet FOIA’s statutory deadlines but instead stated it would respond by October 23, 2014.

On October 22, 2014, the IRS next admitted it would not meet even its own illegal deadline. This time, it didn’t even provide a date for an actual response, promising only to deliver an update by January 27, 2015 — well after the election.

To no one’s shock or surprise, the IRS is still playing games with the American public. A competent and honest agency would have used the 18 months since its admitted wrongdoing to gather the basic communications relevant to the targeting controversy. But the IRS is neither competent nor honest. Or maybe it’s competent only in its dishonesty.

We look forward to a federal court forcing the IRS to comply with Citizens for a Strong New Hampshire’s lawful FOIA request. In the meantime, however, Senator Shaheen can do the right thing — the transparent thing — by ordering her office to disclose all of its communications with the IRS. And she’s not the only Democratic senator to use the power of her office to urge an IRS investigation of dissenting citizens who were exercising their constitutional rights. Each of these senators should disclose the full range of their communications with the IRS before the IRS is compelled to do so in court.

I’m not holding my breath, however. If the partisan IRS has proven anything since May 2013 — when Lois Lerner offered an insincere, dishonest apology for conservative targeting that was still ongoing — it’s that it will do its best to protect its allies in Congress and the White House. At least until a federal court makes it stop.