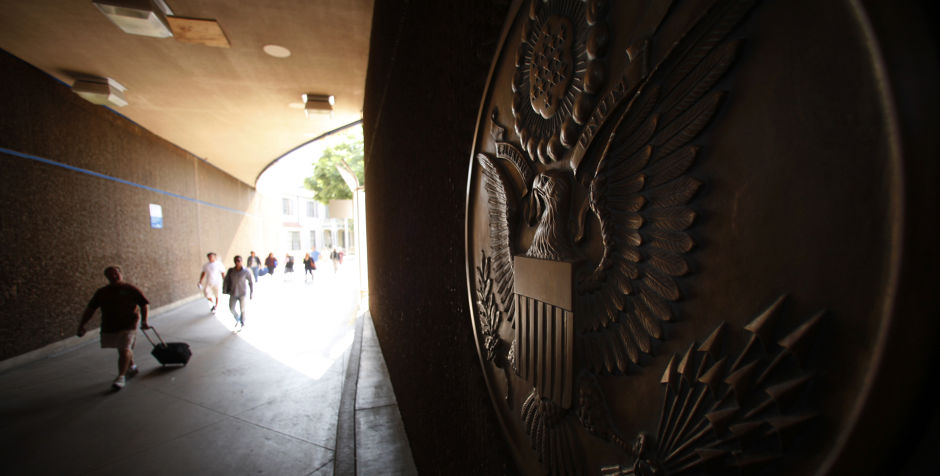 In his new book, “Undemocratic”, ACLJ Chief Counsel Jay Sekulow discusses our nation’s rich heritage of immigration. He discusses his grandfather arriving at Ellis Island, fleeing from the Russian persecution of Jews. He talks about how his grandfather was a fruit peddler whose grandson would go on to argue numerous cases before the Supreme Court of the United States.

He writes, “Look far down virtually any American family tree and you’ll find an immigrant family who came here against long odds and fought to build a better life.”
Immigrants are the foundation of our great nation and are critical to its continued success. For this reason, we have a specific pathway for individuals to follow to legally gain U.S. citizenship. Although there are many good ideas and there is robust debate about how to make our immigration system better, we are also a nation that respects the rule of law. Any changes to our immigration laws must come from Congress – not an impatient President or his unelected and unaccountable bureaucrats.

Many people continue to enter our country outside the proper legal channels. According to the Pew Research Center, 11.7 million illegal immigrants were living here in 2012. Of the people living here without legal status, the majority of these were living in one of six states, including two states on the U.S. border.

To combat the continually increasing number of illegal immigrants, border-states have passed tighter immigration laws and policies. Due to the growing number of undocumented immigrants in their states, Texas and Arizona passed new laws.  In 2011, Arizona enacted an immigration law requiring state law enforcement to try to determine a person’s citizenship when stopped by the police. Typically, this would be done by requiring the driver to present a valid form of identification. Texas passed similar legislation requiring that people present identification in order to vote. These laws play an important role in battling election fraud and in preserving the integrity of U.S. elections.

Due to the politically charged nature of the immigration issue, then-Attorney General Eric Holder—President Obama’s appointed (and unelected) official—attempted to push his political agenda by trying to stop states from enforcing their immigration policies. In a speech to the NAACP, Holder vowed to aggressively pursue states with voter ID laws. To this end, Holder targeted Arizona and Texas with federal lawsuits. Why was Holder targeting states with ID laws? Because he had a divisive agenda and wanted to use the power of the Department of Justice as a political weapon.

While Holder was trying to force his agenda on the states, it became clear that he did not even fully understand the laws that he was attacking. Incredibly, Holder criticized the Arizona law even though he had not even read the full text of the 10 page law. How can you assess the validity of something about which you know nothing? You can’t.
The ACLJ continues to battle President Obama’s Executive overreach in court. The problem with President Obama’s overreach is he unilaterally rewrote the law after failing to persuade Congress. How did he rewrite the law? Through a directive from the unelected, unaccountable bureaucrats in the Department of Homeland Security.

Unelected officials have too much power. It’s that simple. They are able to make policies—without accountability—that affect all of us. Our country does not need more bureaucrats on an undemocratic power trip.

To read more about this problem, how the ACLJ is addressing it, and what you can do to resist illegal abuse, reform our broken system, and restore our Republic, pre-order “Undemocratic” – Bestselling author Jay Sekulow’s latest book – now.

Protect US from ISIS; Guard Our Border