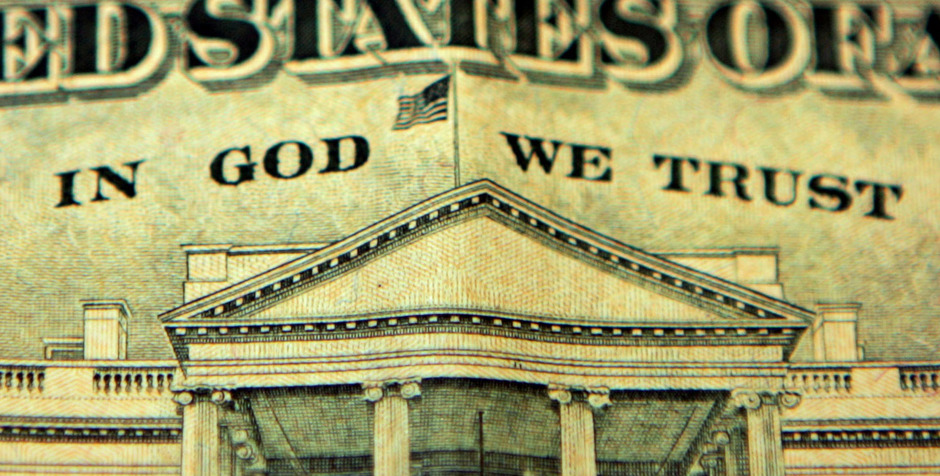 Defend “In God We Trust” from Atheist Attacks

Defend “In God We Trust” from Atheist Attacks

“In God We Trust” – Our National Motto – is constantly under attack.

If this sounds familiar, it’s because we’ve been defeating atheist Michael Newdow’s attempts to banish “under God” and “In God We Trust” in federal court for over a decade.

Once again his last federal lawsuit is full of the same failed arguments: outlandishly claiming that our National Motto is “false and offensive,” “bigotry,” and "repulsive[]," that atheists are “forced to proselytize,” and even claiming that it promotes a "psychopathic monster."

Sadly, this is not the only federal lawsuit against our National Motto. A self-described “Satanist” filed a new lawsuit, claiming that “In God We Trust” on U.S. currency violates his constitutional rights and forces him to proclaim the “existence of” and “trust in” God.

We helped defeat these attempts to remove “under God” from the Pledge of Allegiance at the Supreme Court and lawsuits against the National Motto. But they keep coming.

We will continue to file critical amicus briefs in federal appeals court to defend “In God We Trust” from new attacks. Join our briefs today.