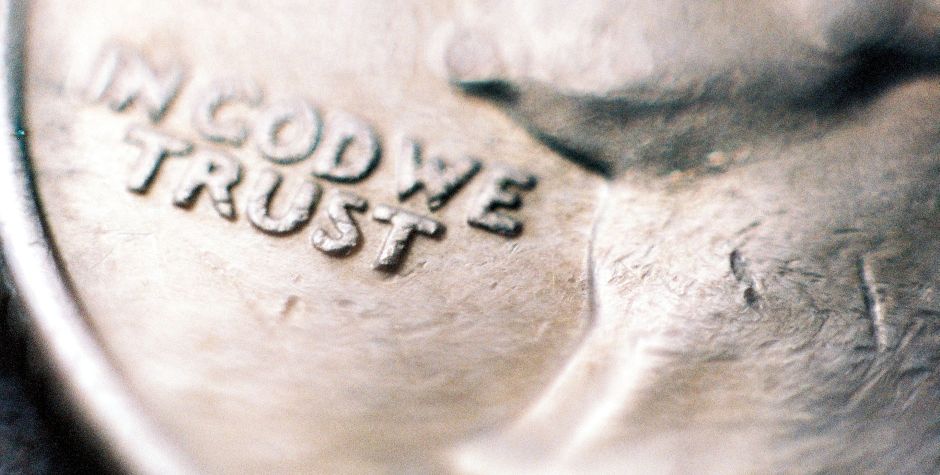 Another Attempt to Remove “In God We Trust”

Avowed atheist Michael Newdow is at it again.  This time he’s just filed a federal lawsuit demanding that “In God We Trust” be removed from U.S. currency.

Think you’ve heard this story before, it’s because you have.  Newdow joined a Freedom From Religion Foundation lawsuit with the same goal in 2013.  Of course that lawsuit, claiming that “In God We Trust” – our National Motto – on currency was somehow proselytizing, was thrown out of federal court.  It literally didn’t make it past the district court stage.

Now Newdow is renewing the same trite attempt to eviscerate our National Motto – and with it our religious heritage – from our currency.  This time, he is claiming that the National Motto on our currency somehow constitutes an unconstitutional “religious test” for “office or public trust under the United States.”  That’s absolutely ludicrous.

But the ridiculous legal assertions don’t stop there.  As the Christian Post reports:

Michael Newdow, an atheist activist from California, filed the latest lawsuit in Ohio, listing 41 people as plaintiffs on the complaint, including the Northern Ohio Freethought Society and residents of Ohio and Michigan.

The lawsuit, which refers to "God" as "G-d," claims that the presence of "In God We Trust" on U.S. currency violates the separation of church and state and creates an anti-atheist, pro-Christian sentiment in the U.S.

This legally flawed reasoning should lead to the same result as Newdow’s and his angry atheist allies’ numerous other failed legal attacks on our religious heritage as a nation.  It should be thrown out of court.

Newdow has also tried and failed to remove “under God” from the Pledge of Allegiance.  In 2004, the ACLJ filed a major amicus brief at the Supreme Court in that case on behalf of 68 Members of Congress and over 260,000 Americans, helping to successfully defeat this outrageous legal challenge.  We’ve filed briefs in a number of Newdow’s failed attacks on inaugural prayer and our National Motto.

Although we have successfully assisted in ultimately defeating many of Newdow’s flawed lawsuits in federal court, the fact remains that it only takes one federal judge in one district court to change everthing.

That is why we must remain vigilant in defending the Constitution from each and every one of these atheist assaults on our religious heritage.  We are looking in to filing an amicus brief in this latest case at the appropriate stage to defend our National Motto, “In God We Trust,” on our currency.