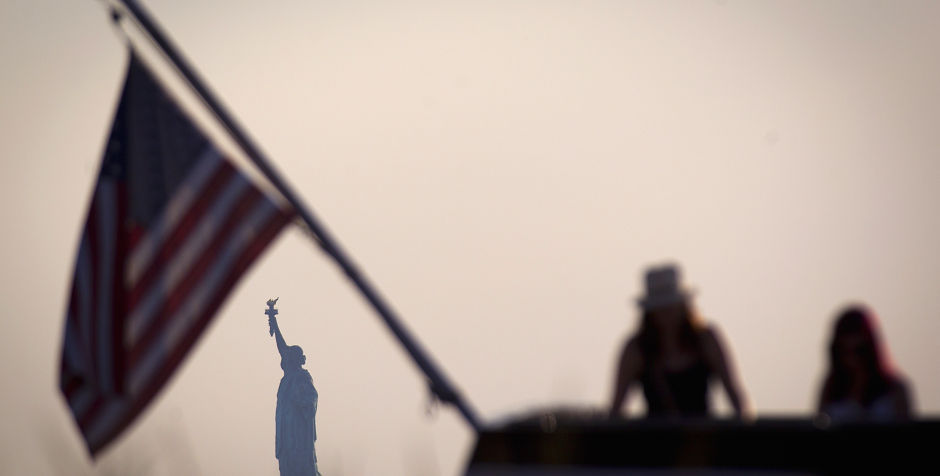 As The Bureaucracy Rises, Our Liberties Fall

During the 1980s, there was a popular comedy show on the BBC called Yes Minister. The show involved a politician who was often thwarted by a member of the unelected civil service bureaucracy when he proposed legislation or reforms that were not beneficial to the bureaucracy.

As in the fictional Yes Minister television show, unelected bureaucrats in our country also believe they know best how this country should be run, but in our case the end result is the abridgment of our liberties rather than having a few laughs. Unfortunately for all of our sakes, as our federal government has grown by leaps and bounds, our politicians have given bureaucrats more power to implement their ideas of what is best for us, at the risk of destroying our Constitutional Republic.

Let’s take ObamaCare for example. The law when passed was around 1,000 pages long—so long that few, if any, politicians had read it before voting for it. (Only Democrats and Independents voted in favor of the law.) You may recall what Congressman John Conyers (D-MI) said about not reading ObamaCare before voting for it: “I love these members that get up and say, ‘read the bill!’ Well, what good is reading the bill if it’s a thousand pages and you don’t have two days and two lawyers to find out what it means after you’ve read the bill?”

ObamaCare was intentionally drafted to create a framework within which unelected federal bureaucrats could implement their own vision without being directly accountable to the public for their choices. In ObamaCare, there are hundreds of directives to federal agencies, including the Department of Health and Human Services (HHS), through which Congress gave broad discretion to unelected bureaucrats to figure out how best to implement provisions of a law that most members of Congress had not read in the first place.

Soon after the passage of ObamaCare, the bureaucrats in these federal agencies got busy writing the regulations that would put the law into operation. There are around 11,000 pages of regulations with regard to ObamaCare and more pages are likely to follow.

One of the regulatory schemes that was imposed at the discretion of the unelected bureaucrats was the HHS Mandate. ObamaCare required that health plans cover, without cost sharing, “preventive care” for women. The law left it to the discretion of the HHS Secretary to determine what constitutes “preventive care.” The Secretary’s determination would be handed down with the force of law.

Then-HHS Secretary, Kathleen Sebelius, a long-time supporter of abortion rights, determined that the requirement to cover “preventive care” included the requirement that many employers arrange and pay for employee health insurance that covers abortion-inducing drugs, contraceptives, and sterilization, regardless of whether the employers sincerely believed that it would be immoral for them to take such actions. If the employers failed to comply, they would be punished with severe annual fines.

HHS issued this abortion-pill mandate contrary to the dissenting voices of religious leaders from different denominations and faiths and in direct contravention of the will of the American people.

As the American Center for Law & Justice’s Chief Counsel Jay Sekulow writes in his new book, Undemocratic: How Unelected, Unaccountable Bureaucrats are Stealing Your Liberty and Freedom, “The abortion-pill mandate constituted the most grave threat to religious liberty in modern American history and represented the government’s effort to draft its Christian citizens into its radical pro-abortion agenda. Under the mandate, Christian business owners were forced to buy so-called contraceptives that were actually abortifacients, drugs or devices that kill children.”

The HHS Mandate led to multiple federal lawsuits, including eight filed by the ACLJ on behalf of numerous for-profit employers. Last year, the United States Supreme Court issued its Hobby Lobby decision, which held that the Mandate violates the religious rights of objecting business owners. Lawsuits filed on behalf of non-profit religious organizations are still pending in the federal courts.

The HHS Mandate, since it is the creation of the bureaucracy, is subject to modification now and in the future without going through the constitutionally-envisioned legislative process, which offers no stability to those citizens who are compelled to comply with it. As with other bureaucratic regulations emanating from the broad language of ObamaCare, the HHS Mandate will be with us for a while in one form or another.

With the continual growth of our federal government, bureaucrats have become a “fourth branch” of government, despite the fact that our Constitution created only three branches of government—executive, legislative, and judicial. This “fourth branch” of government is primarily an unelected bureaucracy that works largely in a non-transparent, unaccountable manner. Its exponential growth in size and influence has lessened the lawmaking role of Congress and, as a consequence, is harming our Constitutional system of checks and balances.

For more on how bureaucrats are destroying this country and what we can do to stop them and restore our Constitutional Republic, read Jay Sekulow’s new book, Undemocratic: How Unelected, Unaccountable Bureaucrats are Stealing Your Liberty and Freedom, which can be ordered now.