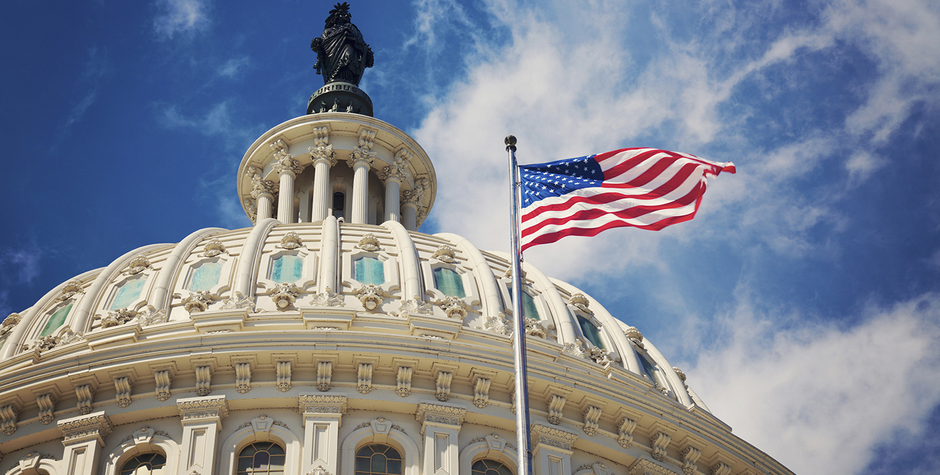 Tomorrow the Senate will begin the unconstitutional impeachment trial of a former President.

There is nothing in the Constitution that provides for this, and in fact, several sections of the Constitution would preclude this trial from taking place. Yet, the radical Left – including Senate Majority Leader Chuck Schumer and House Impeachment Managers like Representatives Eric Swalwell (the subject of our recent FOIA lawsuit regarding his connection to a Chinese spy), Ted Lieu, and lead Manager Jamie Raskin – are willfully ignoring the Constitution itself in pursuit of a political show trial. It’s a charade that threatens to turn the world’s greatest deliberative body – the United States Senate – into nothing better than a kangaroo court.

ACLJ Chief Counsel Jay Sekulow (my dad), myself, and other senior leaders of the ACLJ’s legal team have more experience with impeachment than anyone else. And at the ACLJ, we’ve been fighting for decades to defend the Constitution.

The United States Senate, sitting as a Court of Impeachment, has been asked to attain the unattainable: To try and convict a former President – a private American citizen – who holds no office from which he could actually be removed. As we explain in this Memorandum, such a result would violate the text and structure of the United States Constitution.

We go into great detail in this 45-page legal memorandum outlining exactly how unconstitutional this impeachment trial is. As a topline overview, here are just three direct provisions of the U.S. Constitution that this trial violates:

Our legal analysis goes into much greater detail explaining how the clear meaning of the Constitution itself cannot be ignored:

If the President is impeached, the unambiguous text of the Constitution commands that the Chief Justice of the United States shall preside. The Chief Justice is disinterested and nonpartisan. His presence brings dignity and solemnity to such an important proceeding.

As we explain, because the Chief Justice will not preside and Sen. Leahy’s announcement identifies the accused as a “non-president,”

it is conceded (as it must be) that for the constitutional purposes of the trial, the accused is a non-President. The role of the Senate though, is to decide whether or not to convict and thereby trigger the application of Article II, Section 4: “The President, Vice President and all civil Officers of the United States, shall be removed from Office on Impeachment for, and Conviction of, Treason, Bribery, or other high Crimes and Misdemeanors.” From which office shall a “non-President” be removed if convicted?

They are trying to have it both ways, but:

If the text, “the President of the United States,” in the constitutional provision requiring the Chief Justice to preside can refer only to the sitting President, and not to former Presidents, then the textual identification of “[t]he President” contained in Article II, Section 4, which makes the President amenable to impeachment in the first place, also excludes anyone other than the sitting President. In full, that sentence provides that “[t]he President, Vice President and all civil Officers of the United States, shall be removed from Office on Impeachment for, and Conviction of, Treason, Bribery, or other high Crimes and Misdemeanors.

The accused is not the President. The text of the United States Constitution therefore does not vest the Senate with the power to try a private citizen and remove him (a factual nullity) or disqualify him (a legal nullity) as if he was “the President.”

The primary and, in fact, the only required remedy of a conviction is removal. Justice Scalia put it thusly during the oral argument of the Judge Nixon case: “I assume the removal is automatic. The Senate doesn’t do the removal. It occurs by virtue of the Constitution.” Solicitor General Kenneth Starr agreed: “I think that is right, because the judgment is what removes.” If removal is automatic, by virtue of the Constitution itself, a trial where that removal cannot occur is not a trial grounded in the Constitutional framework.” Memo, p. 13.

In a Senate impeachment trial, conviction means and requires removal, and conviction without a removal is no conviction at all. Only upon a valid conviction and its requisite, enforceable removal may the additional judgment of disqualification even plausibly be entertained.

The Managers contend that “Article II, Section 4 states a straightforward rule: whenever a civil officer is impeached and convicted for high crimes and misdemeanors, they ‘shall be removed.’ Absolutely nothing about this rule implies, let alone requires, that former officials—who can still face disqualification—are immune from impeachment and conviction.” In other words, so the argument goes, a President no longer holding office does not moot the entirety of remedies afforded by impeachment.

But, as we point out:

Even in the passage that the Managers cite, the word “shall” does, to put it mildly, imply a requirement, an imperative such that an impeachment in which removal would be impossible is invalid. “‘Shall’ means shall. The Supreme Court . . . ha[s] made clear that when a statute uses the word ‘shall,’ Congress has imposed a mandatory duty upon the subject of the command.” Indeed, “the mandatory ‘shall’ . . . normally creates an obligation impervious to judicial discretion.” And, “[w]herever the Constitution commands, discretion terminates.”

Further, we identify some additional problems with arguments raised by those wishing to proceed with this trial. Proponents of late impeachment here contend the Framers meant the impeachment power to include late impeachments because that was the British practice, and some early states expressly adopted late impeachment:

And as to British history, the Founders explicitly rejected the British model that allowed Parliament to impeach anyone, even private citizens, except for the King, and so they limited impeachment to certain public officials, including Presidents.

We also addressed, in great detail, that due process protections apply during congressional impeachment proceedings, and that they were not honored by the House in this case. And, we analyze how proceeding like this, against a private citizen, amounts to an unconstitutional bill of attainder:

“Impeachment is for removal – not for the purpose of punishing a man who is no longer in office. Permitting a legislature, as opposed to a court of law, to prosecute a citizen was a British habit that the American revolutionaries and Framers of the Constitution chose to repudiate.” The U.S. Constitution explicitly forbids legislative harassment—that is, punishment that causes direct harm or even reputational harm—such as a punitive impeachment of an ex-President. Such an impeachment also qualifies as an unconstitutional bill of attainder.

And finally, we conclude:

The Senate only has jurisdiction over the sitting President, and then only to address questions of potential removal and disqualification, remedies which only apply to a current officeholder. The fact that the Senate lacks the constitutional jurisdiction to try this impeachment against a private United States citizen is further evidenced by the very fact that the Chief Justice of the United States has refused to preside. The maneuvering that occurred in the House was unprecedented and unconstitutional.

Thus, “[f]or all of the reasons addressed herein[,] the Article of Impeachment as presented by the House is constitutionally deficient, and we hereby urge the Senate to reject it without delay.”

Today we are delivering this legal analysis to the U.S. Senate, but we also believe that every American should understand not only the unconstitutionality of this trial but also the implications for the future of our democratic republic.

Read our full legal analysis here, share it with your friends and neighbors, and sign our petition that we are sending alongside this analysis to the Senate.

Finally, tune in right here on ACLJ.org, YouTube, Facebook, or your local radio station each day of the trial at Noon ET for the latest legal analysis of the trial itself from the team who has been on the Senate floor before; and be sure to follow me on Twitter as I will post updates throughout the day.