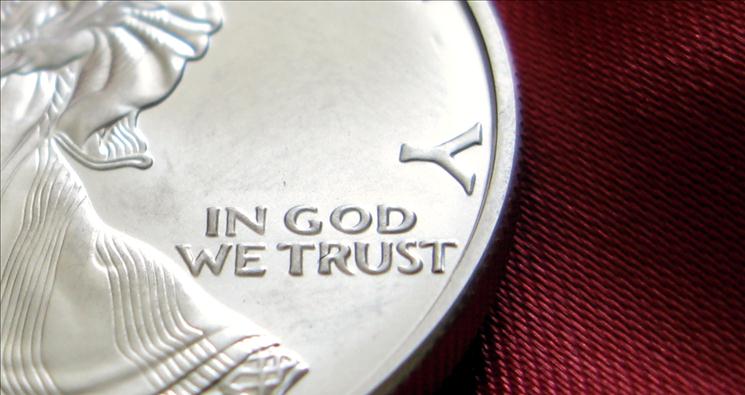 Victory: In God We Still Trust

Victory: In God We Still Trust

On Tuesday, Judge Harold Baer of the United States District Court for the Southern District of New York dismissed a case in which eleven individuals, self-identified as Atheists and Secular Humanists, along with two associations, New York City Atheists and the Freedom From Religion Foundation (FFRF), alleged that the national motto, “In God We Trust,” is unconstitutional. The plaintiffs’ sought to “strip the national motto from our Nation’s currency.”

Prior to Judge Baer’s order, we filed an amicus brief in support of The United States’ motion to have the case dismissed. Our brief was also filed on behalf of 41 United States Congressmen, The American Catholic Lawyers Association, and over 87,500 concerned Americans.  In our brief we argued that “[i]t is commonly understood that our government, its Constitution, and its laws are founded on a belief in God.” Moreover,

the inscription of the national motto . . . on the nation’s currency does not violate the Establishment Clause of the First Amendment to the United States Constitution.  The national motto simply echoes the principle found in the Declaration of Independence that our freedoms come from God and not the state.

Our brief also noted that the national motto serves as a reminder that the “source of inalienable rights [is found] in a Creator rather than the government precisely so that such rights cannot be stripped away by government.”

Judge Baer accurately pointed out that prior decisions upholding the motto’s placement on currency, as well as the history and context of that placement cannot be ignored. Stating that,

[t]o do so would be to disregard the dicta from the Supreme Court, which this Circuit has instructed me to follow, and as well the reasoning in Lemon and its progeny. Taken together, they support only one conclusion: the inclusion of the motto on U.S. currency satisfies the purpose and effect tests enunciated in Lemon, and does not violate the Establishment Clause.

In light of increasingly extreme interpretations of the First Amendment’s Establishment Clause, the dismissal of this case is welcome.  It reaffirms the understanding that the Establishment Clause does not require the government to ignore the religious principles upon which this nation was founded.

We will continue to defend the First Amendment and the liberties that it protects and are pleased with the outcome of this case.