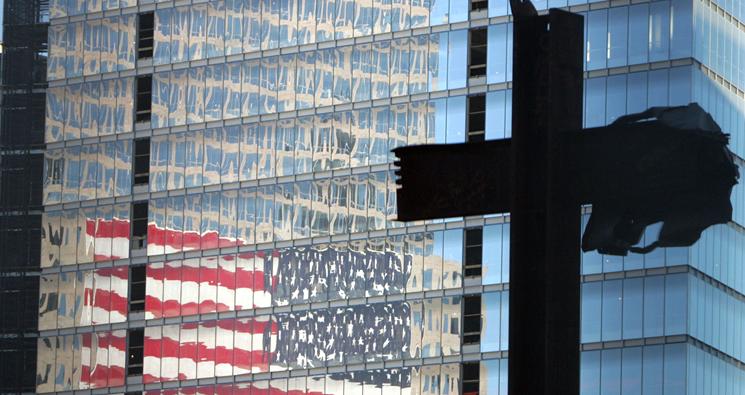 The second, however, went largely unnoticed in the media until this morning.  A New York federal judge ruled resoundingly that the Ground Zero Cross’s presence in the 9/11 Museum did not violate the Establishment Clause.  The ruling is a victory for history and for common sense.

The history here is beyond dispute.  Following the 9/11 attacks, rescue workers did discover to Cross in the wreckage, and the Cross did, in fact, become a source of solace not only to workers on the scene but also to Americans across the nation.  Atheists may dislike these historical facts.  They may wish their fellow citizens saw the crossed beams as merely another piece of debris, but their wishes do not change history.

And that’s where common sense comes in.  By including the Ground Zero Cross, the 9/11 Museum is doing exactly what museums have always done.  The attorney for the Museum put it like this:

"The plan has been to display this as one of hundreds and hundreds of artifacts ... because it is part of the history of the recovery efforts after the 911 attacks.

"For some of these people, [the cross] had symbolic significance," he continued, referring to first responders. "They treated it as a religious object and it gave them a great deal of comfort at a difficult time. The 9/11 museum is simply depicting what happened."

American Atheists’ lawsuit is literally an attempt to rewrite history, to deny future generations the opportunity to know who we were on 9/11 and what was actually important to many, many Americans after those terrible days.

Sadly, it looks like American Atheists aren’t dropping their challenge and plan to appeal the trial court’s ruling to the court of appeals.  If they do, we’ll file our own brief to defend the Ground Zero Cross, on behalf of the thousands upon thousands of Americans who want to preserve our heritage, preserve the integrity of our Constitution, and preserve some measure of common sense in public life.

After all, our history is at stake.