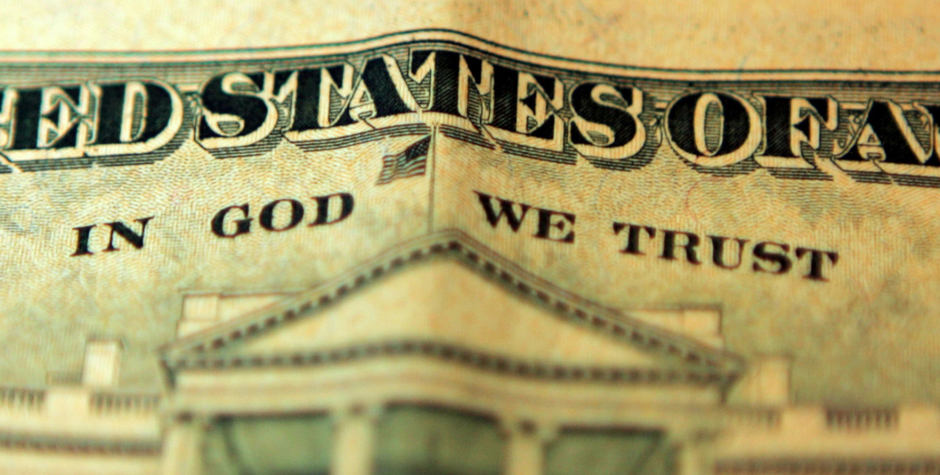 The Battle Continues Over "In God We Trust"

The Battle Over "In God We Trust"

Right before Independence Day weekend, the Federal District Court for the Northern District of Ohio, in a somewhat unusual move, granted angry atheists, who are challenging the National Motto (“In God We Trust”) on our currency, the right specifically to respond to the arguments made in our amicus brief.

A month ago, we filed a key brief on behalf of 50 Members of Congress, and the Committee to Protect the National Motto, which consists of over 120,000 ACLJ members, urging the court to dismiss the Plaintiffs’ lawsuit.

As we previously noted, atheists, represented by Michael Newdow have brought a federal court challenge, claiming this time that the mere presence of the National Motto on currency violates their Free Speech and Free Exercise Clause Rights.  Mr. Newdow and his clients have so far enjoyed a perfect losing streak in federal court challenges to the National Motto, but they remain undeterred.

Our brief explained to the court that “Plaintiffs’ quarrel is essentially with a foundational principle of America,” and “the national motto simply echoes the principle found in the Declaration of Independence that our freedoms come from God and not the state.” Our brief argues further that neither the free speech rights nor the free exercise rights of atheists are impaired by seeing the National Motto on the currency.  Placing the National Motto on currency does not force atheists to do anything. The National Motto is the government’s message and no one would attribute that message to atheists or to any other person who happens to carry money.

Most courts do not permit parties the right to file separate briefs addressing arguments made in amicus curiae briefs. In this court, however, it is apparently the custom to do so. The court’s order grants Plaintiffs until July 27 to respond to the arguments we made in our brief.

It’s a clear sign that your voice matters in this critical case, as the court is taking friend of the court briefs – such as ours – very seriously.

With your invaluable support, we at the ACLJ are doing all that we can to ensure that angry atheists who waste federal court resources with absurd challenges to the National Motto continue to meet with failure.