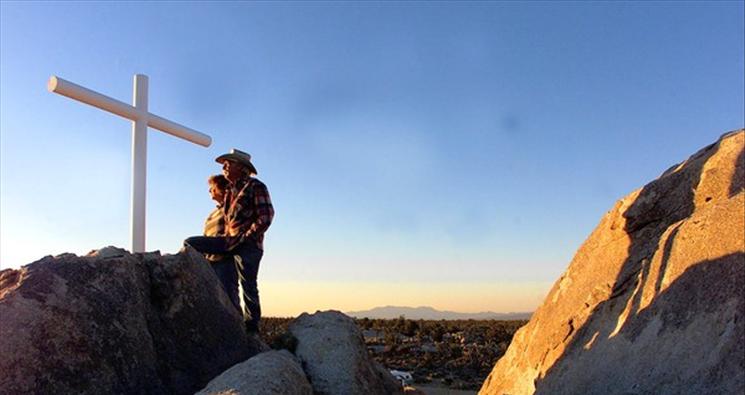 A cross that was first erected nearly 80 years ago by the Veterans of Foreign Wars in honor of the heroes of World War I will finally be allowed to stand.

More than a decade after the ACLU originally sued to have the cross memorial removed from public land, a case which ended up at the Supreme Court, a federal judge has approved a settlement of the case allowing the cross to remain.

The ACLJ has been fighting to allow this cross to stand for years - an important war memorial in honor of those who have heroically served in our armed forces.

We filed an amicus brief with the Supreme Court on behalf of 15 Members of Congress defending the cross. In 2010, the Supreme Court reversed the Ninth Circuit Court of Appeals decision that ordered the removal of the cross and remanded the case to the trial court for further consideration.

Justice Kennedy wrote that "a Latin cross is not merely a reaffirmation of Christian beliefs. It is a symbol often used to honor and respect those whose heroic acts, noble contributions, and patient striving help secure an honored place in history for this Nation and its people." He further stated that the Mojave Desert cross "evokes thousands of small crosses in foreign fields marking the graves of Americans who fell in battles, battles whose tragedies are compounded if the fallen are forgotten."

You can read the ACLJ's analysis of the case here.

Since the Supreme Court handed down its decision, vandals stole the cross and a court order prevented its replacement. Now, a federal judge has approved a settlement of the case allowing the National Park Service to transfer the Mojave Desert Veterans Memorial to the Veterans of Foreign Wars. After the land swap is complete, a replacement steel cross will be re-erected on the property.

In 2003, Congress specifically authorized the land swap, but in 2005, a federal court injunction prevented the transfer. That then became the subject of the lawsuit before the Supreme Court. The current, court-approved settlement allows the transfer of the cross from public to private hands to now occur.

This settlement brings to an end this decade-long dispute and allows the cross - a historic symbol of sacrifice - to stand, honoring our military veterans. Thousands of Americans have joined with the ACLJ over the last decade in defending this cross. This is an important victory as the battle over another war memorial cross, at Camp Pendleton, continues with a decision from the Marine Corps expected any day.