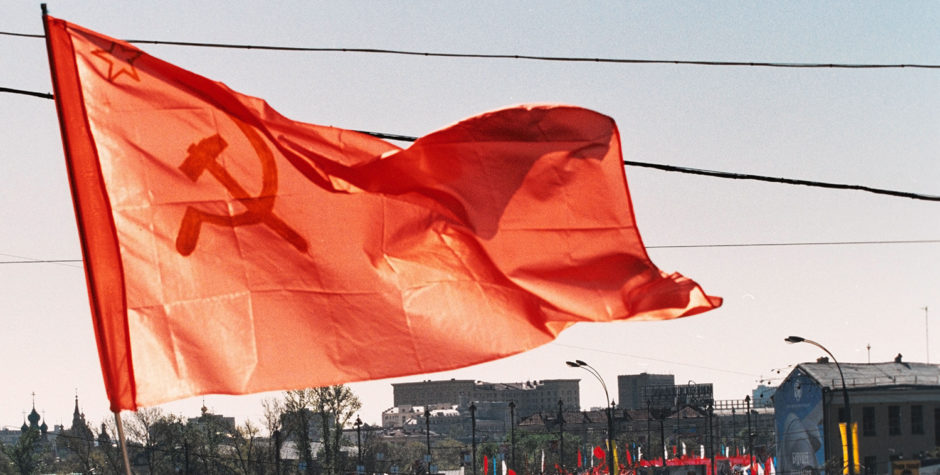 Last week marked the 100th anniversary of the Bolshevik Revolution in Russia, the culmination of a two-part revolution that removed Czar Nicholas and established the Union of Soviet Socialist Republics, or the USSR.  It is a dark date in history.  The brutal murder of the Czar, his wife and their children was only the beginning:  In the 100 years since Russians established the very first “socialist state,” 100 million people have died at the hands of socialist and communist regimes. The reign of terror is not over.  While the USSR no longer exists, Russia’s Vladimir Putin regrets its demise and functions in the violent and autocratic style of communist leaders of the past.  North Korea, Venezuela, China and Cuba still hold out as regimes born out of, and inspired by, the Russian Revolution of 1917.

Under its founder, Vladimir Lenin, the first order was that there would be no private property and no private wealth.  This led to thousands being killed in 1917, even more imprisoned and tortured, and thousands more who simply came up missing; they vanished.  It also became quickly apparent that there was still private wealth and the control of very valuable property.  However, the wealth and property became the domain of a select group of socialist leaders.  It was the penultimate redistribution of wealth. The concept spread to other countries.

The concept of communism is tied directly to socialism.  The root of the word suggests that everyone would have all things in common.  Attempts to dress up socialism and downplay its communist attributes have not worked.  They are connected at the root, historically and practically.  Both philosophies espouse common ownership of property and state control of wealth and social services.

Socialism, communism and its admirers are still with us.  In a recent survey, the Victims of Communism Memorial Foundation found that 44% of Millennials would prefer to live in a socialist country, compared to 42% who would choose a capitalist nation.  Seven percent of those surveyed would choose an actual communist form of government.

Examining the report of the Victims of Communism Memorial Foundation, how can it be that “America’s largest generation would prefer to live in a socialist or communism society than in a free enterprise system that respects the rule of law, private property, and limited government.  This is even more disconcerting when coupled with the fact that, despite Millennials’ enthusiasm for socialism and communism, they do not, in fact, know what those terms mean.”

Our young people are not steeped in history.  Classes in Civics, required in high schools a generation ago, are no more.  The history and political science classes offered by progressive professors in an ever left-leaning academia do not even attempt to be unbiased.  In many universities, indoctrination has replaced education.

Recent violent campus demonstrations where students and faculty have deplored the idea of free speech and lauded the establishment of “safe zones” where people can be protected from the open exchange of ideas is but one indicator how adrift we have become from our moorings as a free and democratic society. It explains why so many of self-proclaimed Democratic Socialist Bernie Sander’s supporters last year were young people.  It is reflected by some who used the healthcare system in places like Cuba to shame those who opposed the Affordable Care Act (Obamacare).  It is illustrated by Senator Elizabeth Warren in her comments about the free enterprise system.

Individual liberty necessarily entails private endeavor, with the possibility of success as well as failure.  There are both risks and rewards. We are guaranteed life, liberty and the pursuit of happiness.  We are guaranteed equal opportunity not equal results.  We have the opportunity, with sacrifice and hard work, to control our destiny.  Obtaining some measure of financial security, or even wealth, is a possibility.  It is not a right.

We live in the greatest nation on earth.  As the Declaration of Independence reminds us, we “are endowed, by our Creator, with certain unalienable Rights.”  But as the late-President Ronald Reagan reminded us, we are never more than one generation away from losing this great experiment in democracy and the American dream. Our form of government and our way of life are not passed from generation to generation genetically.  It must be taught, exemplified and defended.  We are not perfect.  But we are unique.  May God continue to bless the United States of America.