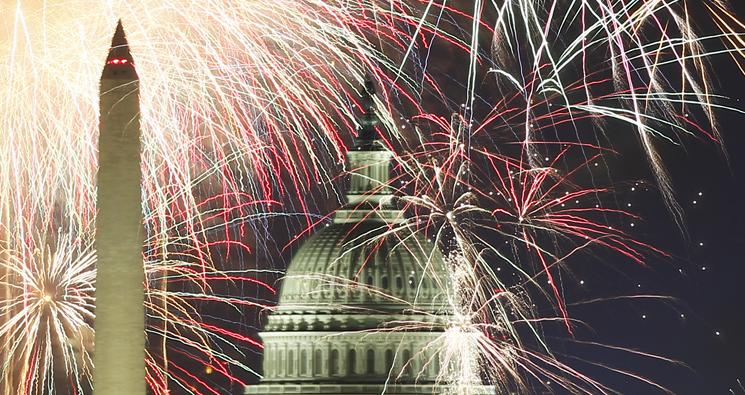 July 4, 2012, marks the 236th birthday of the United States of America, created on July 4, 1776, in Philadelphia’s Independence Hall with the signing of the Declaration of Independence by fifty-six of our Founding Fathers.

The Fourth of July is traditionally a day for barbeques, going to the beach, parades, baseball games, flag waving, and fireworks.

It is a day for us to celebrate America, and rightly so. We are an exceptional country. We should be thankful and proud to be Americans.

We have achieved much as a country.

Many of the great accomplishments and innovations of the past 236 years are due to American ingenuity, such as the suspension bridge, the skyscraper, the practical light bulb, mass produced automobiles, the polio vaccine, landing on the moon, the personal computer, the Internet, and the iPhone.

The world would be a much worse place if it were not for America.

Imagine what the world would be like now if we had not led the effort to defeat Nazi Germany, Imperial Japan, and the Soviet Union. Much of the world, which is currently free, would still be living in tyranny.

What is remarkable is that we have accomplished so much as a nation in such a short amount of time.

We are a very young country compared to nations such as England and France.

The history of America thus far can be summarized within the lives of just four Presidents. When John Adams died in 1826, Abraham Lincoln was seventeen years old. When Lincoln died in 1865, William Howard Taft was eight years old. And, when Taft died in 1930, George H. W. Bush was six years old.

Our nation’s greatness stems from its foundation upon a “firm reliance on the protection of divine Providence” and upon principles derived from the natural law, as explained by our Founders in the Declaration of Independence.

Assured of God’s protection and the soundness of those principles, our Founders had the courage to sever ties with Great Britain and create a new nation, one different from all other nations.

In some of the greatest words ever written, our Founders stated:

When in the Course of human events, it becomes necessary for one people to dissolve the political bands which have connected them with another, and to assume among the powers of the earth, the separate and equal station to which the Laws of Nature and of Nature’s God entitle them, a decent respect to the opinions of mankind requires that they should declare the causes which impel them to the separation.

We hold these truths to be self-evident, that all men are created equal, that they are endowed by their Creator with certain unalienable Rights, that among these are Life, Liberty and the pursuit of Happiness.

As President Gerald Ford emphasized on the Bicentennial of the Declaration, our Founders

boldly reversed the age-old political theory that kings derive their powers from God and asserted that both powers and unalienable rights belong to the people as direct endowments from their Creator. Furthermore, they declared that governments are instituted among men to secure their rights and to serve their purposes, and governments continue only so long as they have the consent of the governed.

Although our country is currently experiencing economic uncertainty, among other problems, the underpinnings of the American spirit remain.

On the whole we are still a people who believe that inalienable rights are God-given, not a matter of government grace, and that hard work, self-reliance, and determination can bring about the realization of dreams, regardless of the obstacles our government places in our way.

Despite our ills, we continue to be the beacon of hope for those around the world who seek freedom and liberty.

We continue to be a country where one generation has the chance to live a life more prosperous than the previous generations.

We continue to be a country of opportunity, even though that opportunity may be hidden in the shadows at times.

And, we continue to be a country where brave young men and women volunteer to serve in our armed forces to defend the noble principles on which this country was built.

We are truly a unique nation, born with reliance upon God’s protection and upon sound values. Consequently, we should be optimistic about our future no matter the hurdles we are now facing.

As Ronald Reagan would have said, it is still morning in America, despite our 236 years of wear and tear, and our best days are ahead of us.

But, to achieve those best days, we must remain true to our founding principles, and when we stray, we must return to them, for they are the key to our greatness.