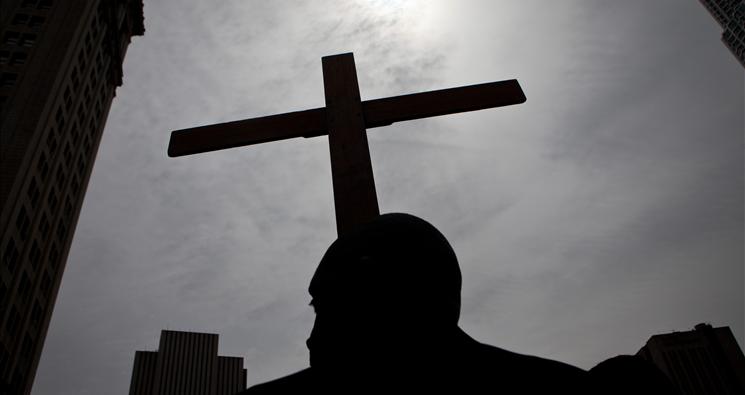 On Campus, a Move to End Religious Holidays

Every year it’s the same story: Another person, group, or institution attacks the observance of religious holidays in the name of inclusion and open-mindedness. The idea is that somehow accommodating my religious observance is offensive to those who do not share the same beliefs.

Does allowing a Christian to celebrate Good Friday or a Jewish person to celebrate the first night of Passover harm those who do not wish to observe those religious holidays, or even more absurd, violate the Establishment Clause of the First Amendment?

Apparently, Stony Brook University on Long Island, New York, believes that they do.

Stony Brook recently decided to end its longstanding practice of closing the university for major Christian and Jewish religious holidays such as Good Friday, Rosh Hashanah, and Yom Kippur.

This puts a majority of the university’s students, who are Christian or Jewish, in a rather awkward position.  As Rabbi Joseph Topek at Stony Brook’s Interfaith Center noted, “Students are going to have to go begging to their professors, saying ‘I will not be able to come to class.’ It creates an unleveled playing field between students and faculty members.”

Not only that, but the committee of four tasked with making the new school calendar also scheduled finals on Saturdays and Sundays for classes that regularly met on weekdays. After an outcry erupted from both student representatives and members of the campus’ interfaith community, the Vice President of Student Affairs proposed a new calendar.  That calendar does away with Sabbath and Sunday finals, but did not address the issue of mandatory classes on religious holidays.

Stony Brook’s Vice Provost, Charles Robbins, claims that the move to remove religious holidays from the class schedule was based on a “goal … to increase the level of respect for everybody.” He actually claims that by preventing a majority of students from freely practicing their religious beliefs and by putting them in the awkward position of choosing between faith and classroom instruction that they are “trying to be inclusive, not exclusive.”

This is exactly the kind of illogical argument made every time a similar move is made or advocated: by failing to accommodate anyone’s religious observances, an entity sends a message of respect and tolerance to all religions.  No.  It sends a message that religious observance is a meaningless waste of time that interferes with the institution’s goals and cannot be tolerated.

I debated Vice Provost Robbins on Fox News, and he continued to make the absurd claim that somehow trampling religious beliefs of a majority of students by removing religious holidays from the academic calendar was needed to “show equal respect for all students.”

However, he admitted that Stony Brook was the only one of the four major university centers in the State University of New York (SUNY) system that has withdrawn religious holidays from its academic calendar.  The other three, Buffalo, Binghamton, and Albany, continue to accommodate students’ religious beliefs.

In this case, Stony Brook will end up accomplishing the exact opposite of its stated academic goals.  Rabbi Topek said it best: “[T]here will be a negative effect academically. . . . Those will end up being empty days because a lot of students and faculty will not show up.”

In addition to being illogical and academically damaging, the new policy is just plain legally wrong.  Stony Brook is actually demonstrating an unwarranted hostility toward religious students and staff, especially considering that the initial proposal included scheduling exams on Saturdays and Sundays.  It is breaking with a long American tradition of government accommodation of religious practice.

As the Supreme Court has stated, [T]he Constitution . . . affirmatively mandates accommodation, not merely tolerance, of all religions, and forbids hostility toward any. ... Anything less would require the ‘callous indifference’ we have said was never intended by the Establishment Clause.”  More specific to Stony Brook’s supposed concerns, the Supreme Court held, “When the state . . . cooperates with religious authorities by adjusting the schedule of public events to sectarian needs, it follows the best of our traditions. . . . To hold that it may not would be to find in the Constitution a requirement that the government show a callous indifference to religious groups.”

The point is that the Constitution not only permits accommodation of religion, the law encourages, and in some cases, requires it.

Earlier this week, the ACLJ, including myself and my dad, Jay Sekulow, sent a letter to Stony Brook outlining these legal points, noting that Stony Brook’s own policies and New York State law encourage religious accommodation, and urging the university to reverse its new, callous schedule.

In that letter, we stated:

“In this situation, the Constitution supports Stony Brook's past tradition of accommodating religious observances, which is consistent with the longstanding national tradition of adjusting public schedules to alleviate significant burdens upon religious exercise whenever possible. By all accounts, the past practice was quite successful in taking religious considerations into account while also furthering the administration's interests. By contrast, both the terms of the new calendar and the secretive, exclusionary process used to create it strongly signal a hostility to religious adherents. This hostility is neither required nor justified by the Constitution.”

In Twenty-First Century America, we should be at a place culturally where we can accept other’s religious views and accommodate their reasonable religious observances, just as Stony Brook had done for decades.