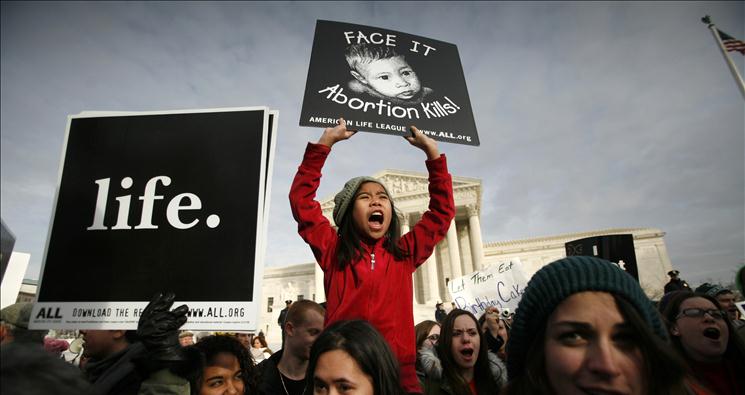 Race and Sex Based Discrimination Illegal … Except for Abortion

Discrimination based on a person’s race or sex has long been illegal in America, except in one circumstance – when it comes to abortion.

Federal law and 92 percent of states’ laws allow abortions to be committed even if it is just because of an unborn baby’s race or sex.

Now there are new concerns that Planned Parenthood may actually be promoting this most invidious form of discrimination – the taking of a life based on the race or sex of the child.

Planned Parenthood actually states that its abortion clinics around the country have received at least two dozen inquiries about sex-selection abortions in the last few weeks. And the abortion giant admits that it will not deny an abortion to anyone even if they know the purpose of that abortion is based on the child’s race or sex.

When specifically asked about race- and sex-selection abortions, Planned Parenthood responded, “Decisions about whether to choose adoption, end the pregnancy or to raise a child have to be left up to a woman, her family and her faith, with the counsel of her doctor.”

The abortion giant claims that the recent sex-selection inquiries are a part of a sting operation by Live Action. Though Live Action has done tremendous work in the past exposing Planned Parenthood’s abuses, it is unknown whether they are involved. Regardless, the fact remains that Planned Parenthood at the very least has no problem with people discriminating against which children to bring into the world based on the child’s race or sex.

Last year, we told you that Congressman Trent Franks (AZ-2) introduced the Prenatal Nondiscrimination Act (PRENDA), H.R. 3541, to ban the practice of aborting a baby based on sex or race.

The bill would make it illegal to:

(1) perform[] an abortion knowing that such abortion is sought based on the sex, gender, color or race of the child, or the race of a parent of that child;

(2) use[] force or the threat of force to intentionally injure or intimidate any person for the purpose of coercing a sex-selection or race-selection abortion;

This important piece of legislation has recently cleared committee and is awaiting Floor consideration.

Unsurprisingly, 30 of the nation’s leading pro-abortion organizations, including Planned Parenthood, NARAL Pro-Choice America, and the ACLU, sent a joint letter to Congress opposing the proposed ban.

These anti-life groups argue that preventing race- and sex-selection abortions will “stigmatize” women. In fact, they go so far as to call the decision to abort an unborn baby because of that child’s race or sex a “fundamental human right.”

Nothing could be further from the truth. The fundamental human right at stake is the right of the child to life, and it is exacerbated by the fact that the very reason these babies are being aborted is because of their race or sex.

As the bill’s Congressional findings state:

If nothing else, the mere fact that America ranks below China on an issue of human rights should be disturbing enough.

It is encouraging that some states, have begun to take action, in the absence of a federal ban. Four states have enacted laws banning sex-selection abortion: Illinois, Pennsylvania, Oklahoma, and Arizona. In the past several years, similar legislation has been introduced in at least eleven other states.

The ACLJ strongly supports legislation to prevent abortions based on race and sex, and urges Congress and state legislatures around the nation to quickly remedy this blatant human and civil rights abuse.