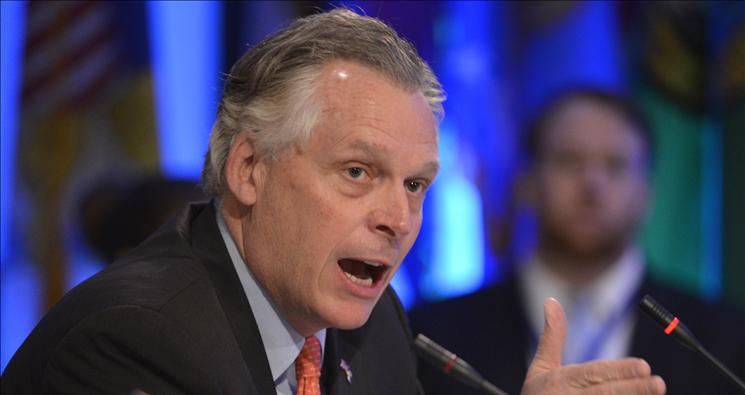 Pro-abortion Virginia Governor Terry McAuliffe has successfully bullied at least four members of the state board of health to resign in order to appoint radical pro-abortion replacements.

In his statement announcing the new appointments, he directed the board of health to begin a review of recently enacted health and safety regulations of abortion clinics.  His aim is to overturn regulations put in place to prevent the ghastly situation of an abortionist like Kermitt Gosnell from being allowed to endanger women and babies with impunity.

This move comes on the anniversary of Gosnell’s conviction of murdering babies born alive after botched abortions and “practicing” in such unregulated and unsanitary conditions that led the death of women seeking an abortion.

It was after a Virginia woman was killed in Gosnell’s clinic (for which Gosnell was convicted of involuntary manslaughter), that Virginia passed stringent new health safety regulations over the largely unregulated abortion industry in order to prevent a similar situation from ever occurring in the Commonwealth.

It’s no surprise that McAuliffe and the radical pro-abortion triumvirate of statewide elected leaders would take aim at these safety regulations.  McAuliffe campaigned and even fundraised off of shutting down these lifesaving regulations.  Yet, demanding duly appointed members of the state health board resign before the end of their term in order to appoint radical pro-abortion members is beyond the pale.

It serves as yet another example of the Culture of Death’s desperation.  They are losing in the public sphere and are looking to public leaders to bend the rules at every turn in order to protect their cash cow business of death.

Ignoring the rule of law, inciting mobs, and spreading lies is their mantra.

Now the safety of women is at stake in Virginia and many other states across the nation.  Regulations instituted to ensure that abortion clinics meet the most basic of health and safety standards are indiscriminately attacked.  The abortion industry cares about nothing but abortion.  Its extremist pro-abortion allies in state governments, city councils, federal bureaucracies, and the courts will stop at nothing to protect abortion, on demand, without apology.

We cannot remain silent.  We must speak out for the millions of unborn children who have no voice and for the women who are poised to suffer at the hands of a ruthless, unregulated industry of death.